Before Switzerland established its supremacy over the watchmaking domain, British masters laid the groundwork for modern mechanical movements. Now a new generation of English watchmakers are emerging to not only celebrate but also successfully revive this once proud tradition. Among them, Garrick, founded just 3 years ago. Now, following the success of the Shaftesbury, Norfolk and Hoxton, the brand unveils the Portsmouth boasting an exclusive new movement. 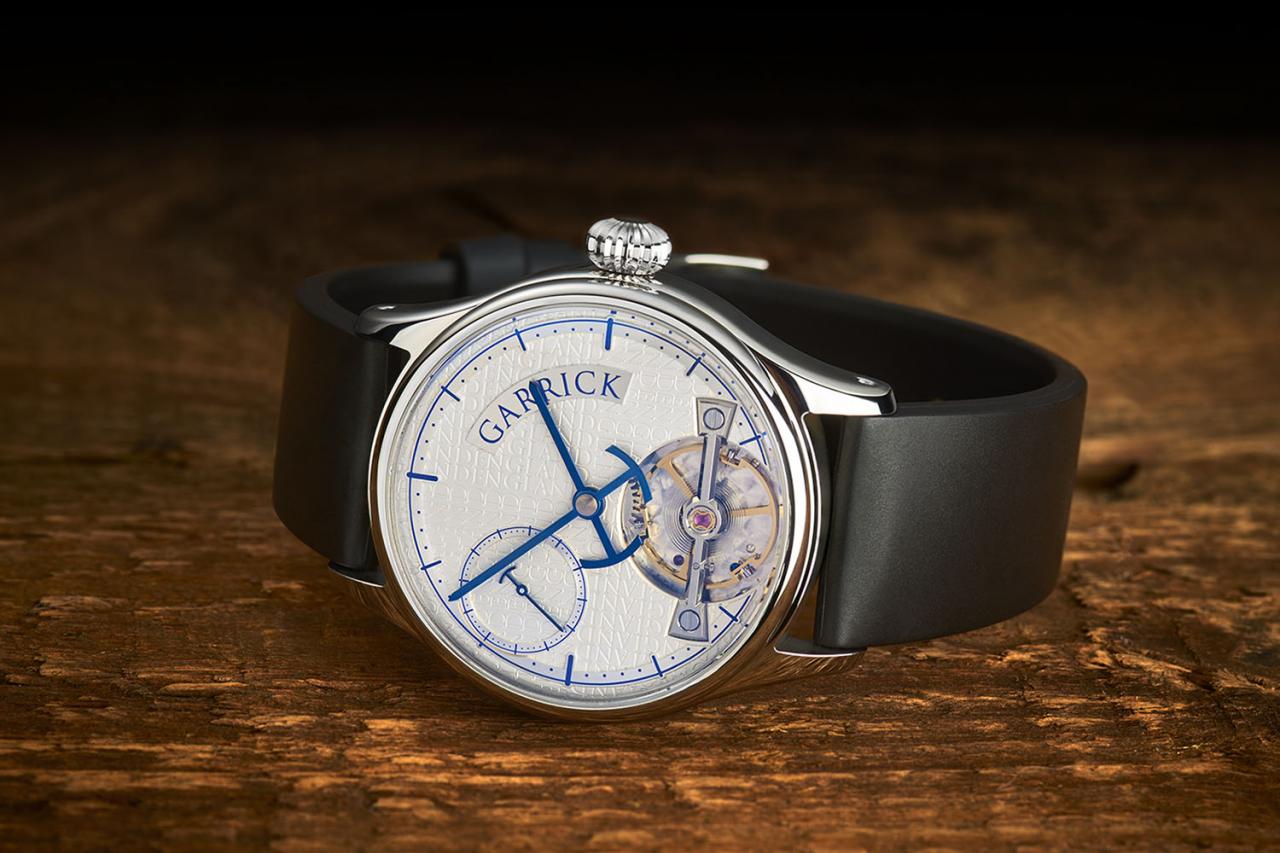 As with earlier models the design of the Portsmouth is undeniably inspired by historic Marine Chronometers, a homage to Great Britain’s Seafaring tradition. After all the British once ruled the world because their navy ruled the waves – and to do so they needed precise timekeepers.

Playing up its heritage, the silver dial of the inaugural edition of the Portsmouth sports an engraved ‘England’ motif and striking thermally blued hands to indicate hours and minutes. Garrick is all about bespoke watch-making however so you can choose to have just about anything you like engraved on the dial. A small second sub-dial is offset at 10 o’clock. The elegant round 42mm case features a thin rounded bezel and a large fluted crown. 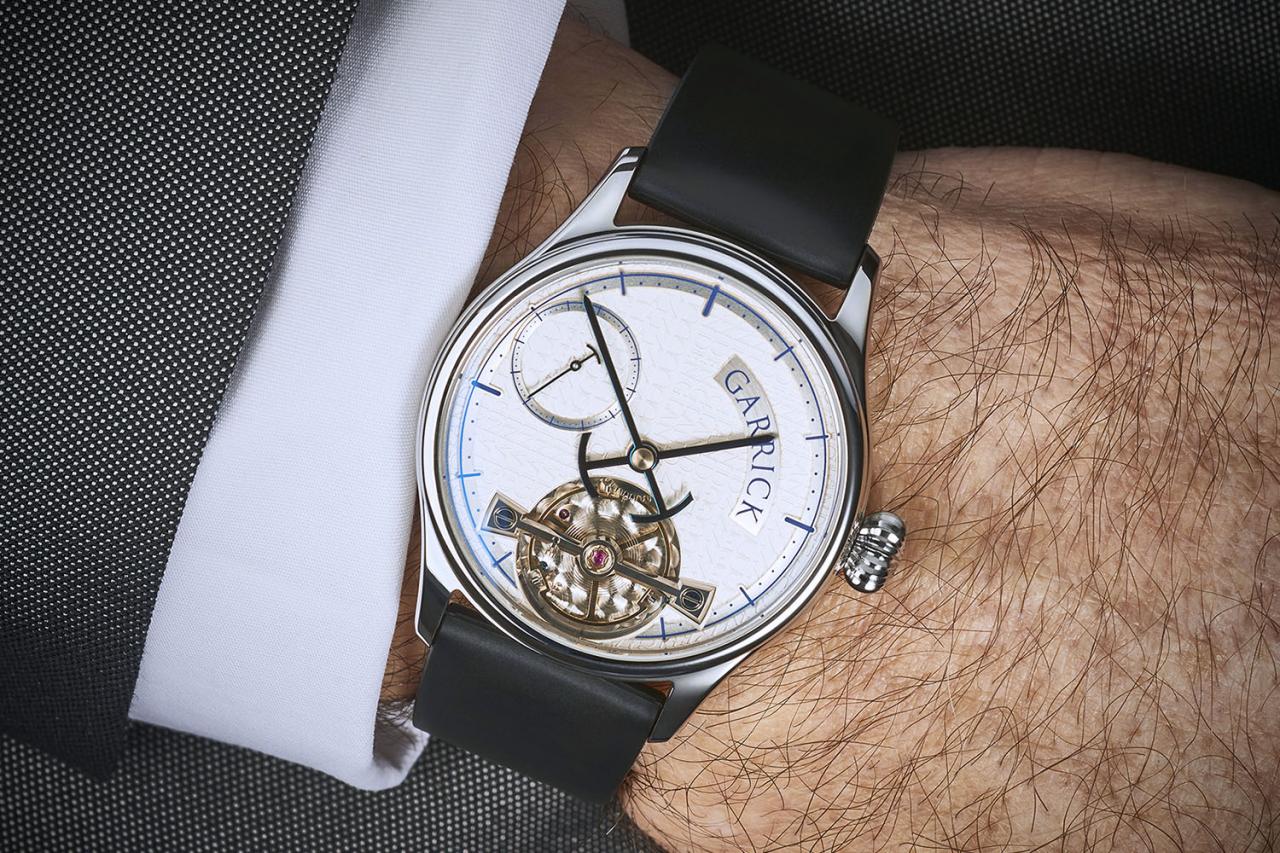 The movement, designed by famed Swiss watchmaker Andreas Strehler and his company Uhr Teil AG, is clearly visible through the sapphire caseback. Some of the components have also been crafted by Uhr Teil AG, while other parts are made in Garrick’s own workshop in Norfolk. The finishing is relatively simple but very nice, the hand-wound movement frosted and polished by hand. 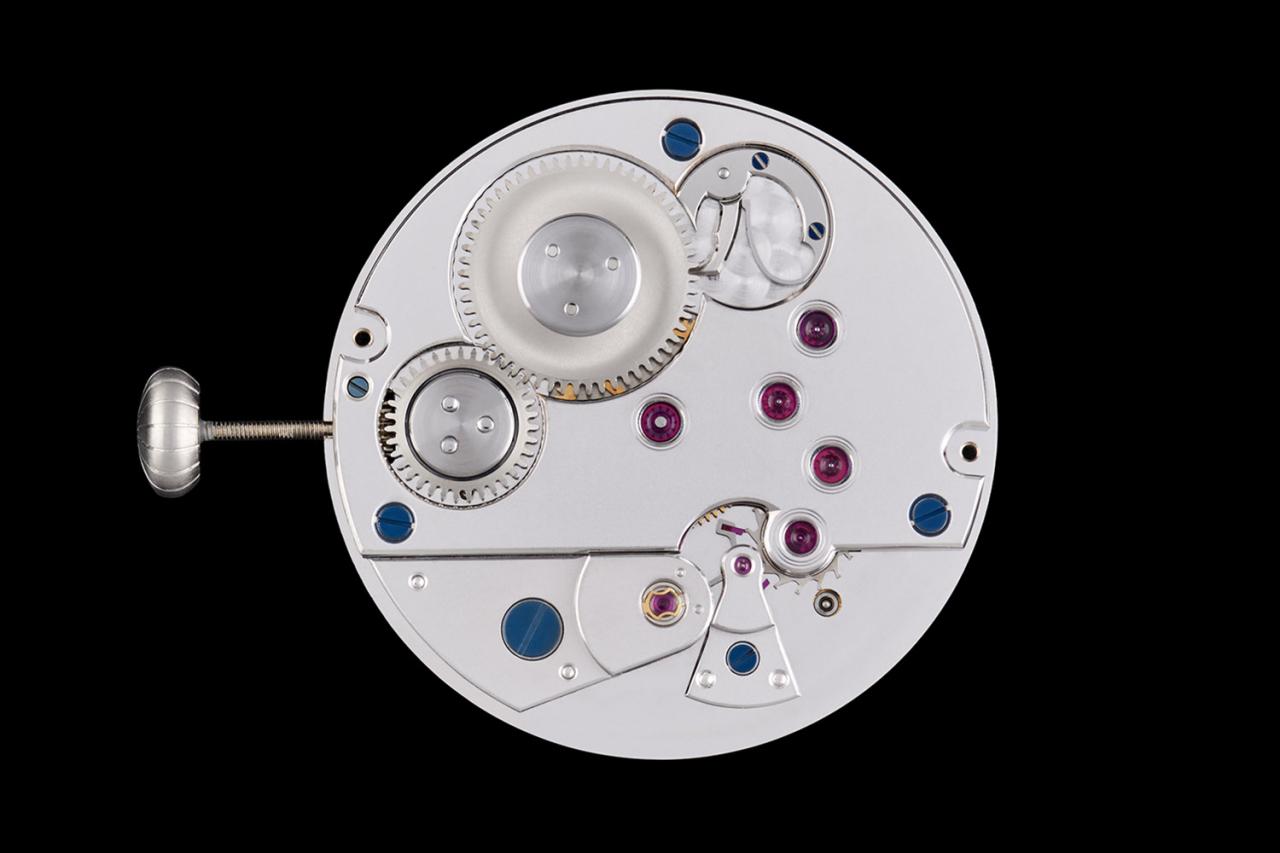 The movement architecture is rather unusual, in part due to the balance wheel being located at the front and the anchor at the back. This is not entirely unintentional however as the design of the movement, with its prominent balance bridge, is intended to look stereotypically British. There are three-bridges in total. The large one holds the crown wheel, barrel and gear train including the escapement wheel; while two smaller ones secure the anchor and allows the balance staff to rotate in the anti-shock device. The original click spring is further evidence of Garrick’s attention to detail. 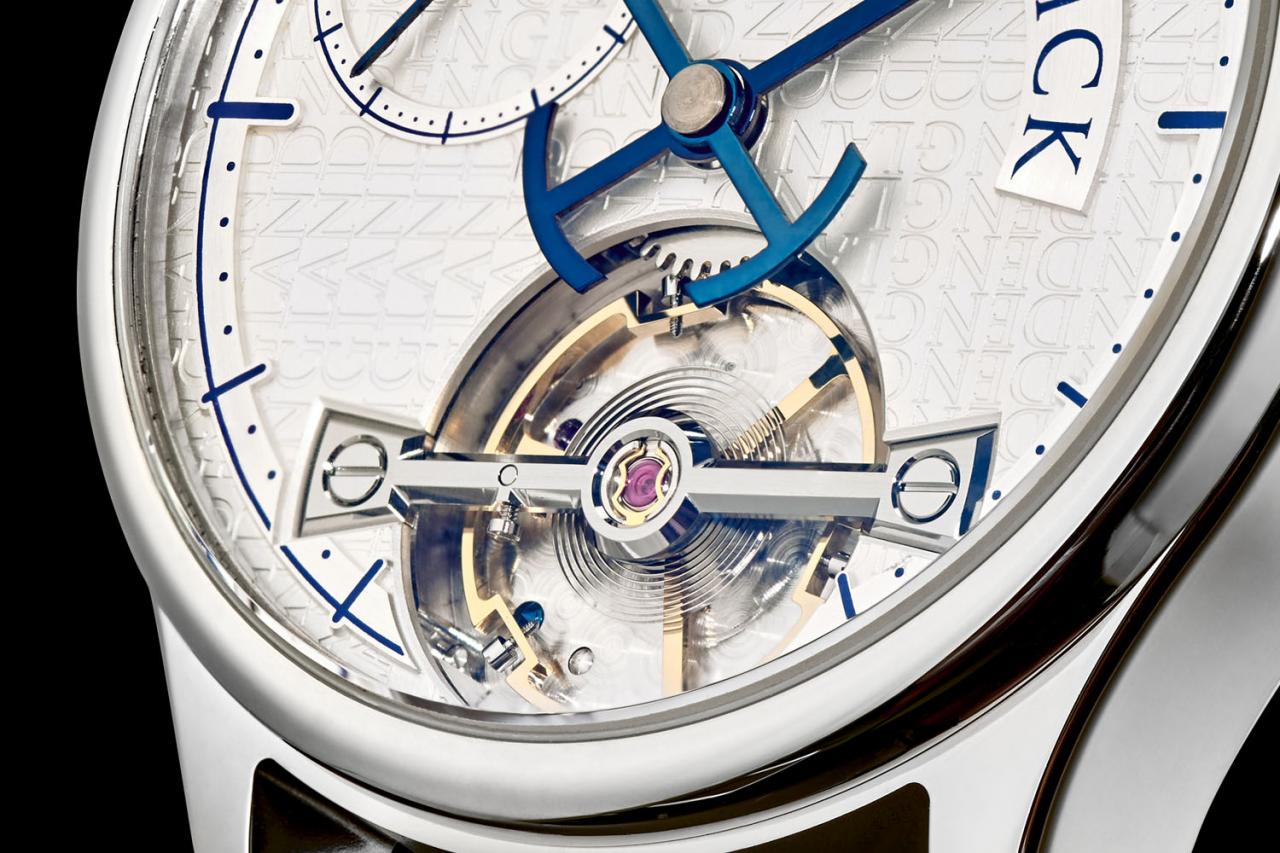