Building on the success of the original, Orient is back with its latest iteration of the Mako USA, appropriately dubbed the Orient Mako USA II.

The new (at the time) and improved Mako USA came with a major facelift, one that borrowed heavily from Orient’s other dive watch lines—namely the Ray and Mako XL. The makeover also came with a set of improved specs worthy of a modern diver, including a sapphire crystal, a 120-click unidirectional bezel, solid end links, and improved luminosity. Unsurprisingly, it was a huge hit.

Orient’s Mako dive watch has been the firm’s flagship model since its release in 2004, rightly sitting alongside Seiko’s SKX007 in the pantheon of affordable, solidly-built dive watches. Two years ago, Orient’s USA team wanted to do something new with the line, so they reached out to Reddit’s watch community, r/watches, for input. And with that, the Mako USA was born. 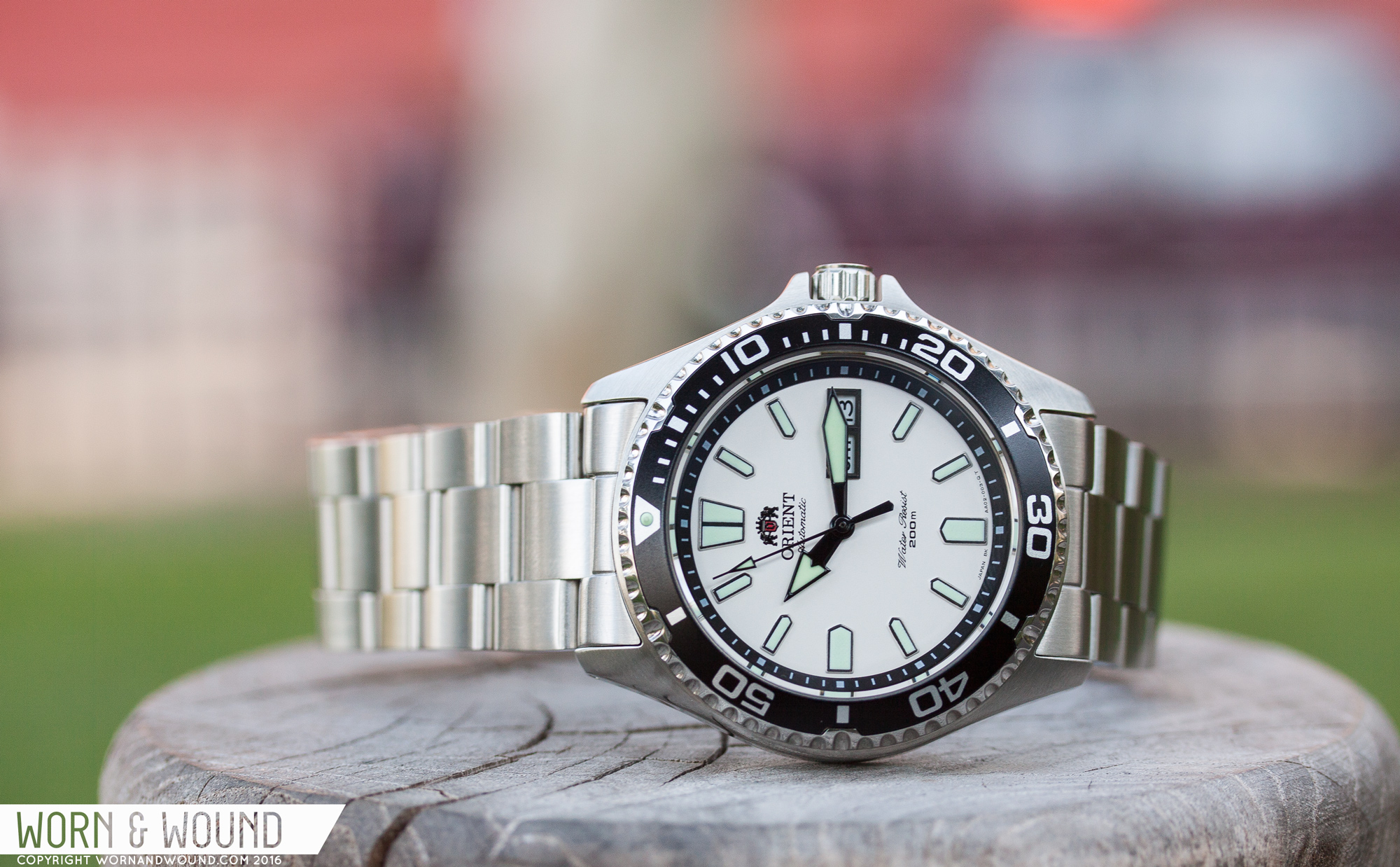 This technical upgrade also comes with one small, yet significant, aesthetic change—note the lack of a pusher at 2 o’clock. The pusher was a major point of contention even among fans of the original model, and its necessity only highlighted the shortcomings of the movement; the pusher is an eyesore, but a necessary one for advancing the day. With the Mako USA II, everything is managed via the crown, which is to be expected on a modern day/date watch. The result: a far more streamlined case with no extraneous protruding parts that wears beautifully and quite a bit smaller than its 41.5mm size might otherwise suggest. 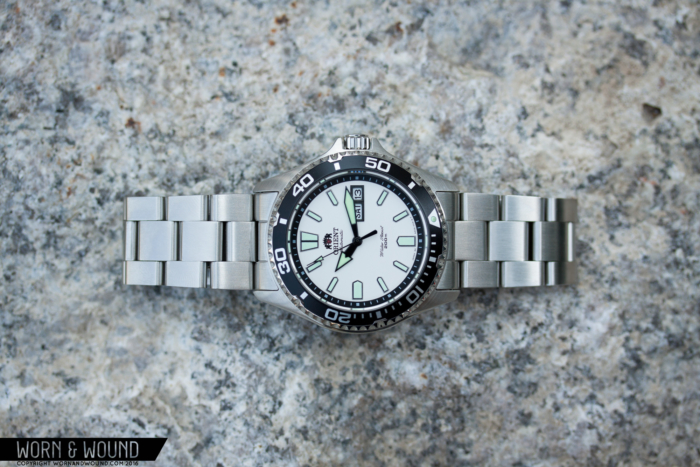 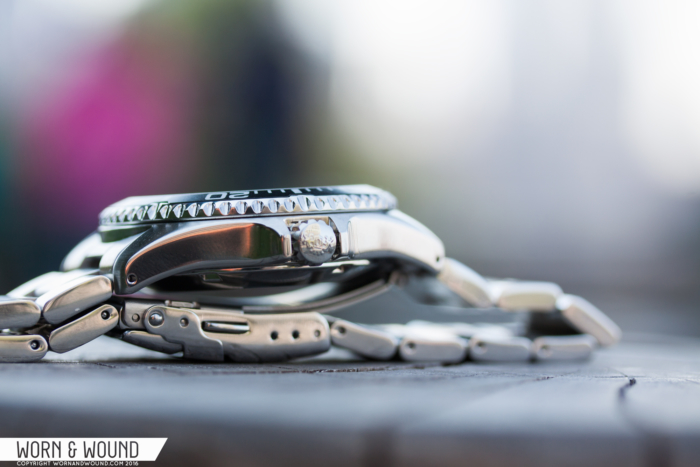 So, what’s new? Surprisingly, a whole lot, but most of it is hidden beneath the dial. That’s because the Mako USA II is equipped with a new in-house caliber, the F6922. The F6922 is a welcome upgrade to the previously used cal. 46943, an older platform dating back to the ‘70s when it was first introduced as the cal. 7005 under Seiko (FYI, Orient is a subsidiary of Seiko Epson Corporation). Though robust, the 46943 came with several big shortcomings: it did not allow for hacking and hand-winding, and there was no quick-set day via the crown. The F6922 remedies that and includes all three critical features. (FYI: The F6922 made its debut in another recent offshoot of the Mako line, the Mako II, which is the original’s direct successor in terms of aesthetic similarity). 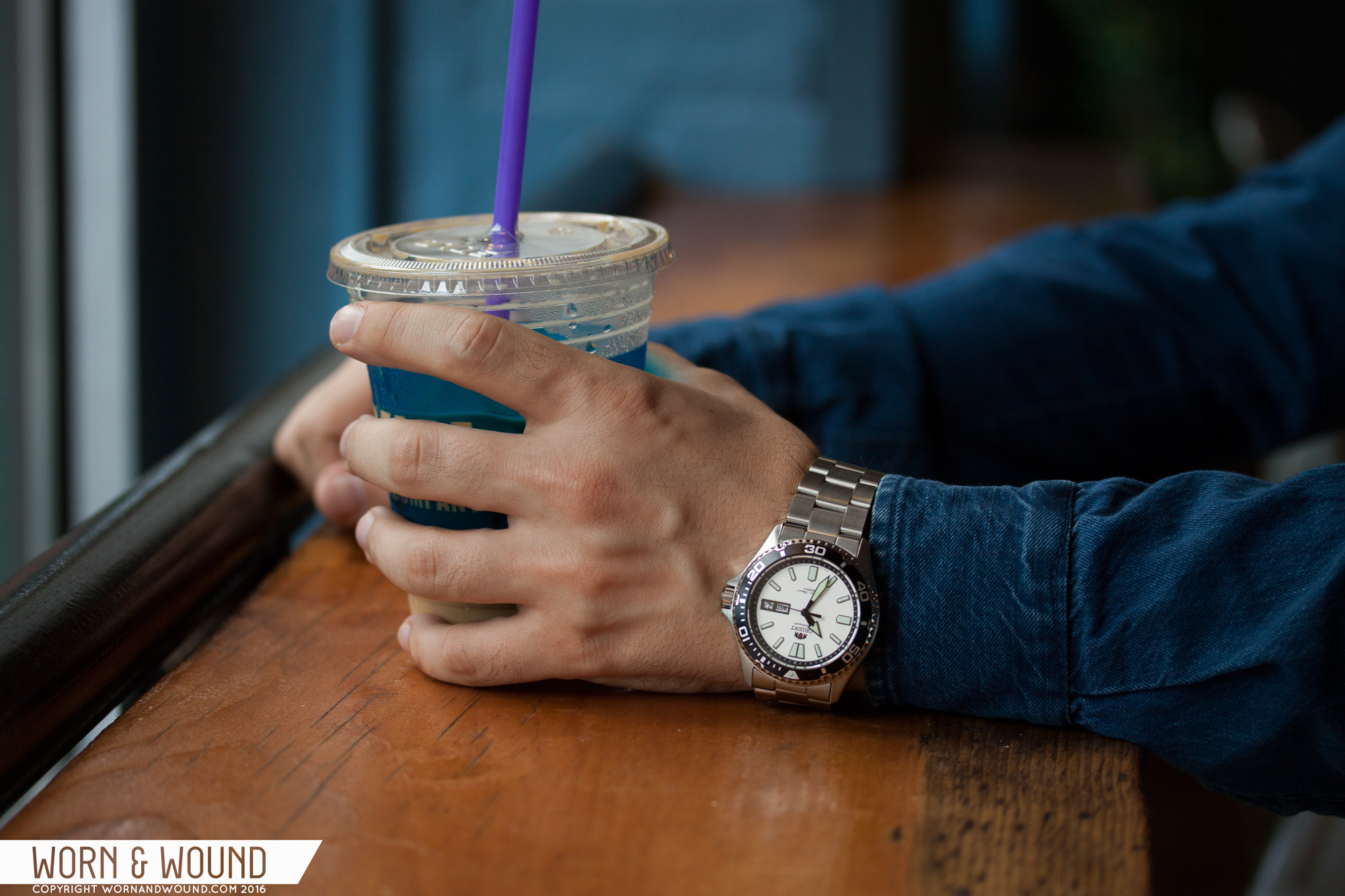 There are currently three variants of the Orient Mako USA II: the classic black dial (SAA0200AB9), the blue dial (SAA0200BD9), and the white dial you see here (SAA0200CW9), which is my personal favorite of the group. The stark white of the dial contrasts beautifully against the black-rimmed hands and chapter ring, all of which together give the watch a cool, vintage vibe.