For those unaware, LIMES (like fan-favorite Archimede) is a brand under the ICKLER umbrella, a family-owned company that has been manufacturing watches and watch cases in Pforzheim since 1924. That is to say, LIMES watches come with decades of know-how, with much of the development and production (barring the Swiss-made movements) executed in-house. This month, LIMES has announced two new releases: the affordable NightFlight pilot watch, and the affordable Neptun Diver—two solid bang-for-your-buck options just in time for the holidays.

First up is the NightFlight, a contemporary re-imagining of a watch first produced by the brand in the early 2000s. The new take—with its Arabic numerals, triangle at 12, and sharp sword hands—is very much pilot-inspired, though the package is certainly more dressed up than what we see from more traditional pilot watches. The hard, angular case has sharp lines and an attractive mix of brushed and polished surfaces. The stepped, black dial features applied markers and a polished handset. Overall, it’s an attractive package for a more ornate take on the genre. 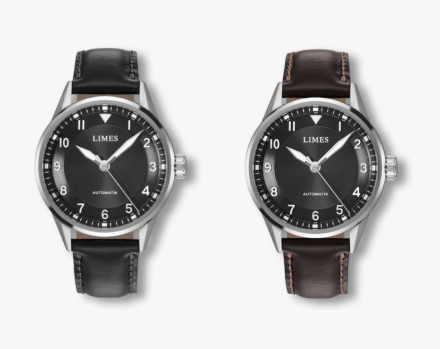 Falling under the Endurance collection, the new Neptun Diver continues LIMES’ tradition of producing true tool divers. Just like the NightFlight, the moderately sized Ickler case of the Neptun features a mix of brushed and polished surfaces that further accent the hard angles and severe geometry of the case. The dial is black with simple printed markers, there’s a matching date window at three and the new polished handset ties the whole thing together. And that tool diver pedigree? The case, despite its more democratic dimensions, is rated to a whopping 100 ATM, proving that a tool dive watch need not be oversized. 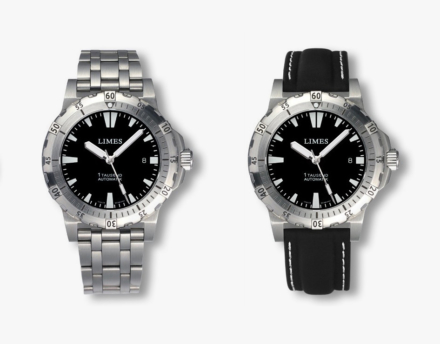