First presented in 2013 to celebrate the 275th anniversary since the establishment of Pierre Jaquet Droz’s first workshop in 1738, the fascinating Charming Bird is now available in two new limited editions. 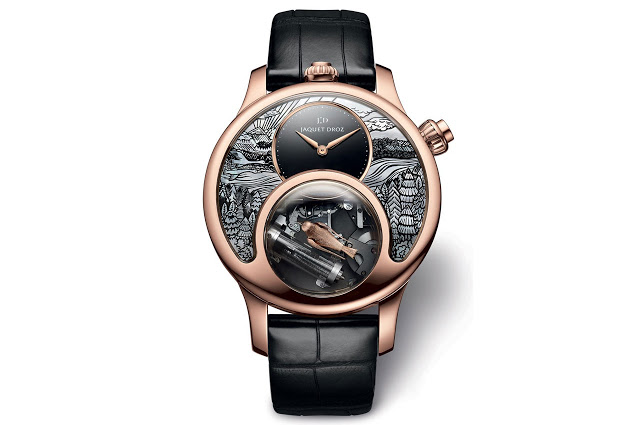 The new models created by Jaquet Droz combine the best of its Ateliers d’Art: the Bird Repeater and the Charming Bird (winner of the Mechanical Exception award at the 2015 Grand Prix d’Horlogerie de Genève).

The upper part of the dials displays the hour and minutes while the bottom is devoted to house the singing bird within a sapphire crystal dome. 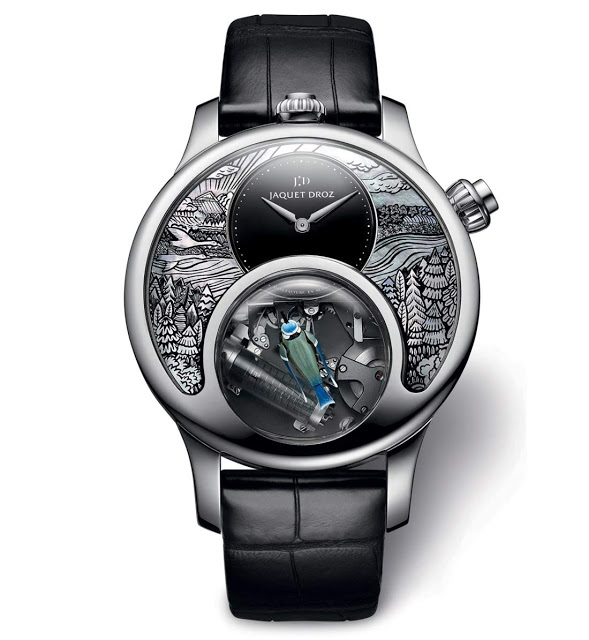 All around, the dial is adorned with hand-painted and engraved mother-of-pearl evoking the landscape of the Swiss countryside. 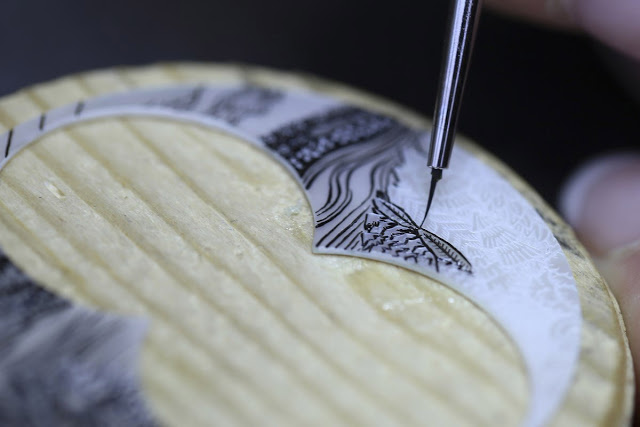 After years of research and development, Jaquet Droz was able to introduce two major innovations. For one, the song of the tit bird is now generated by air compression and not by vibration, an innovation made possible by introducing three minute sapphire crystal tubes. Air enters the first tube, then is stored inside the second and finally pushed into the third, thus regulating the melody according to the volume of air and the speed of the piston. 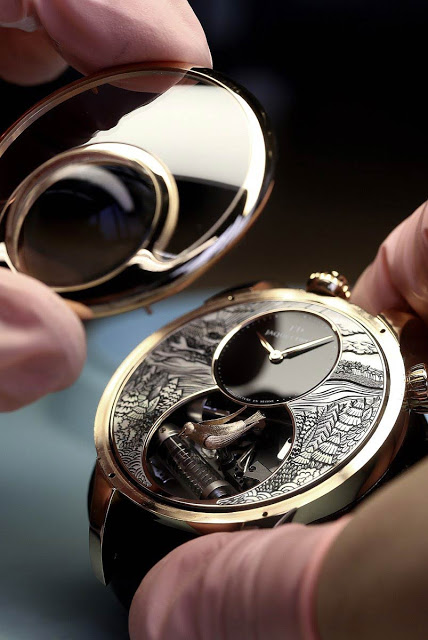 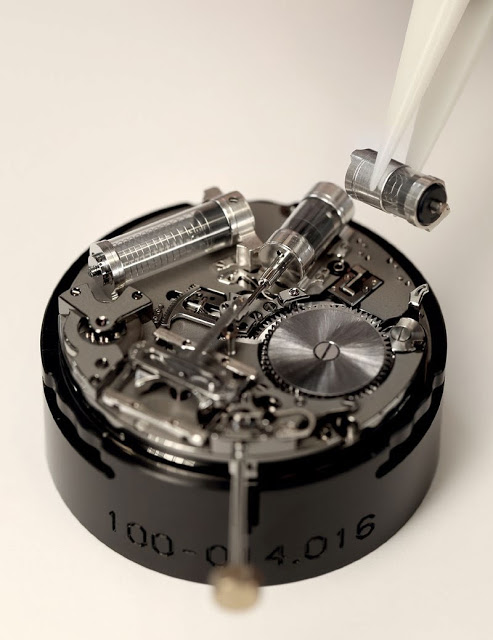 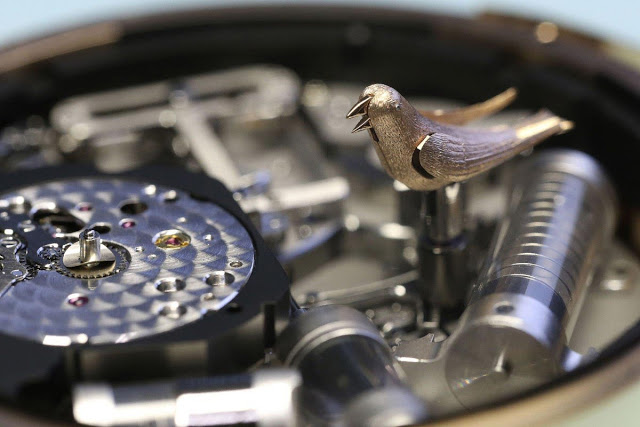 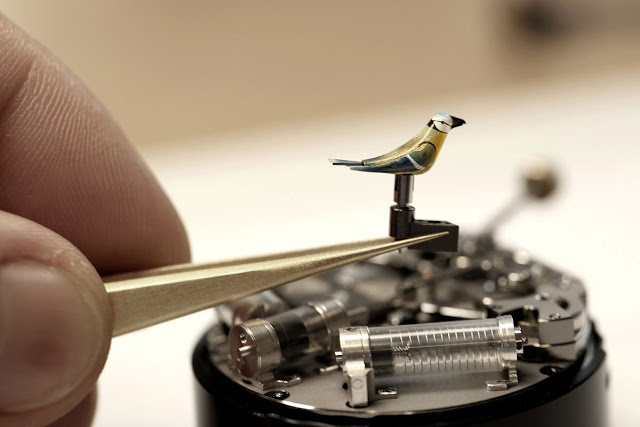 On the mechanical side, the regulator harnesses a magnetic effect in order to prevent any contact between the metallic components and to eliminate auditory interference within the watch.

The off-centered hours and minutes display is powered by a self-winding mechanical movement with platinum oscillating weight, silicon balance spring and pallet horns. Beatings at 21,600 vibrations per hour, it offers 38 hours of power reserve. 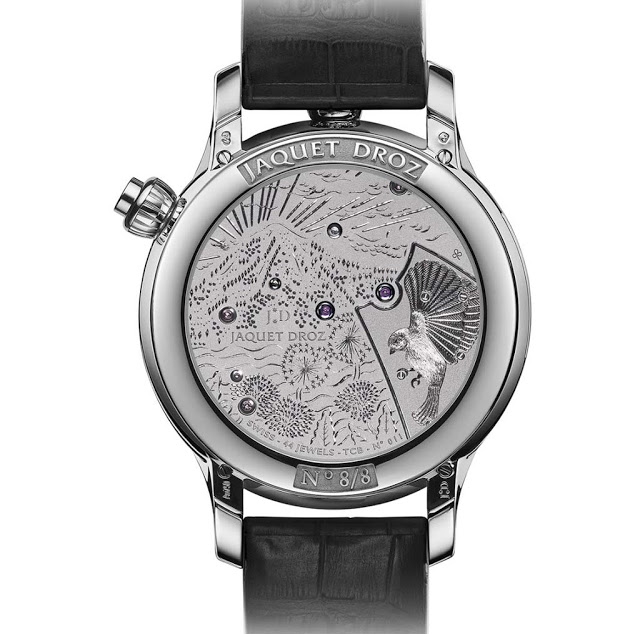 A pure work of art, the Jaquet Droz Charming Bird is presented in a 47 mm case in a choice of either red or white gold, with each version limited to 8 unique pieces. 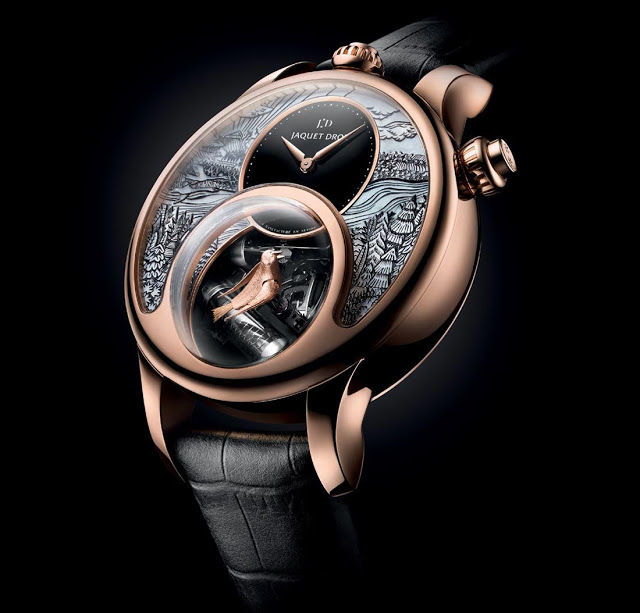