Along those same lines but for aviator watches, Sinn has just announced the introduction of DIN 8330 – a new German industry standard spearheaded by the watchmaker, and anchored by a trio of new pilot watches, purpose-built and officially certified to be functionally safe and reliable in the cockpit. What defines a “dive watch?” If you look for the most literal interpretation, you’re likely to find ISO 6425, which outlines a strict set of internationally defined guidelines for functionality, durability, and legibility, ultimately governing what can and cannot be officially referred to as a true “dive watch.” Debuting the certification are the Sinn 103 Ti IFR, Sinn 103 Ti UTC IFR, and the Sinn 857 UTC VFR watches. 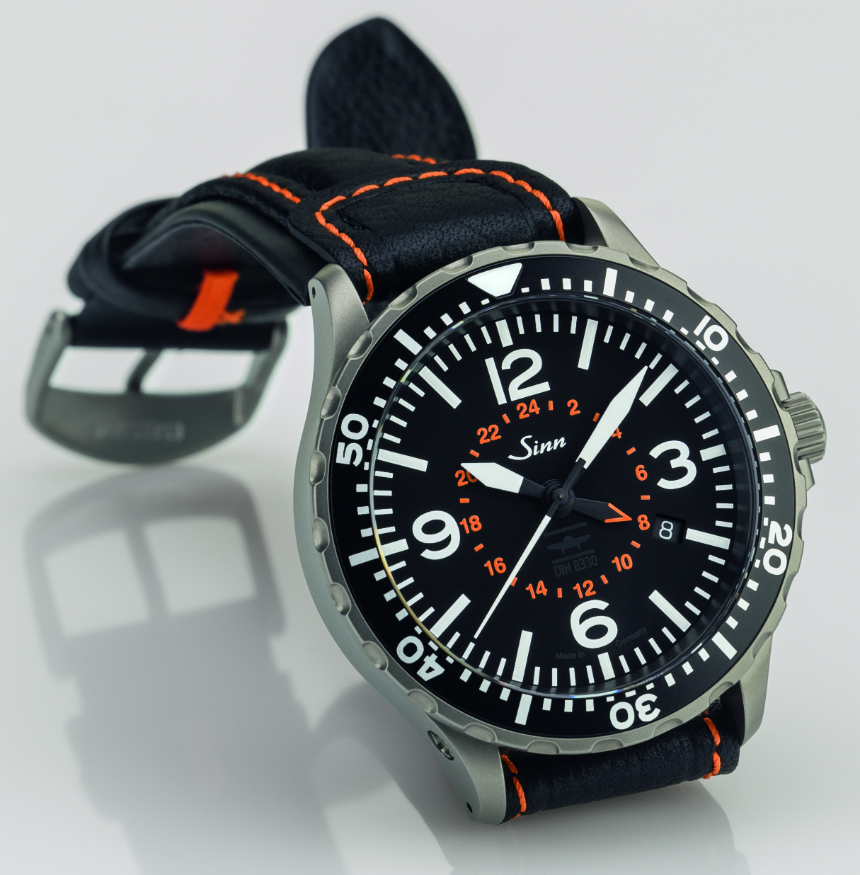 If this sounds familiar, note that this new standard takes Sinn’s privately developed TESTAF (Technischer Standard Fliegeruhren) standard to the next level as a nationally-recognized DIN standard. Here, we have an official aviator’s equivalent to the DIN and ISO standards that have long governed other watery realms of purpose-built watchmaking. At the risk of oversimplifying things, think of it as the ISO 6425 of pilot watches, open to any German watchmaker for consideration. 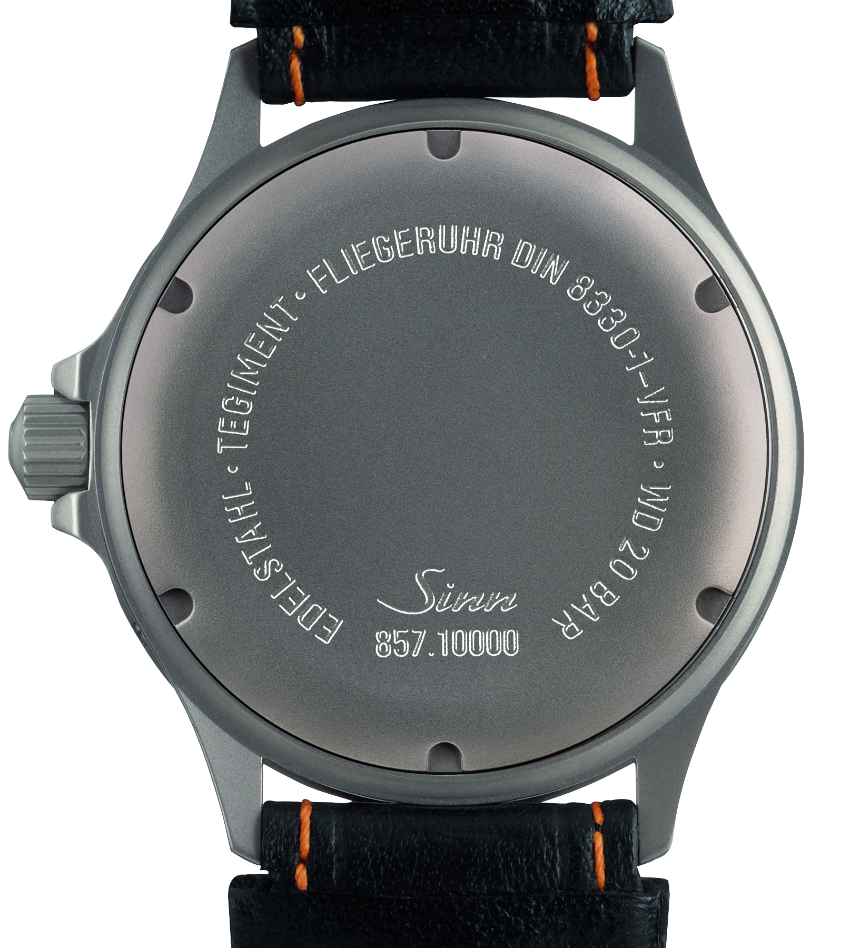 It’s worth noting that while ISO (International Standardization Organization) standards are internationally-recognized, DIN (the Deutsches Institut für Normung, or “German Institute for Standardization”) standards are only domestic, though they are both designed around criteria that govern a strict baseline for safety, quality assurance, and environmental protection, across both public and private industry. For example: an ISO-certified Seiko with “Diver” or “Scuba” on the dial has been voluntarily tested to exceed 125% of its claimed water resistance, has been tested to resist thermal shock (30°C for 10 minutes, then 5°C for 10 minutes and back), carries strong, luminous visual cues on the dial and hands, and is fitted with a fully graduated, unidirectional timing bezel with demarcations for all 60 minutes.

The ink was barely dry on TESTAF’s introduction in 2012 when Sinn began campaigning for a more robust industry-wide DIN standard for all pilot watches. However, executing this took widespread cooperation from German governing bodies and the industry as a whole – specifically, consultation by Lufthansa Cargo, Airbus Helicopters, and other German watchmakers like Stowa, Hanhart, and Glashütte Original; then assistance from risk management firm DNV GL who advised the certification criteria and process; and finally, the University of Applied Sciences FH Aachen who served as the testing institute. The end result is a truly collaborative set of criteria that ultimately governs all German aviator watches deployed in professional and civilian air traffic alike. 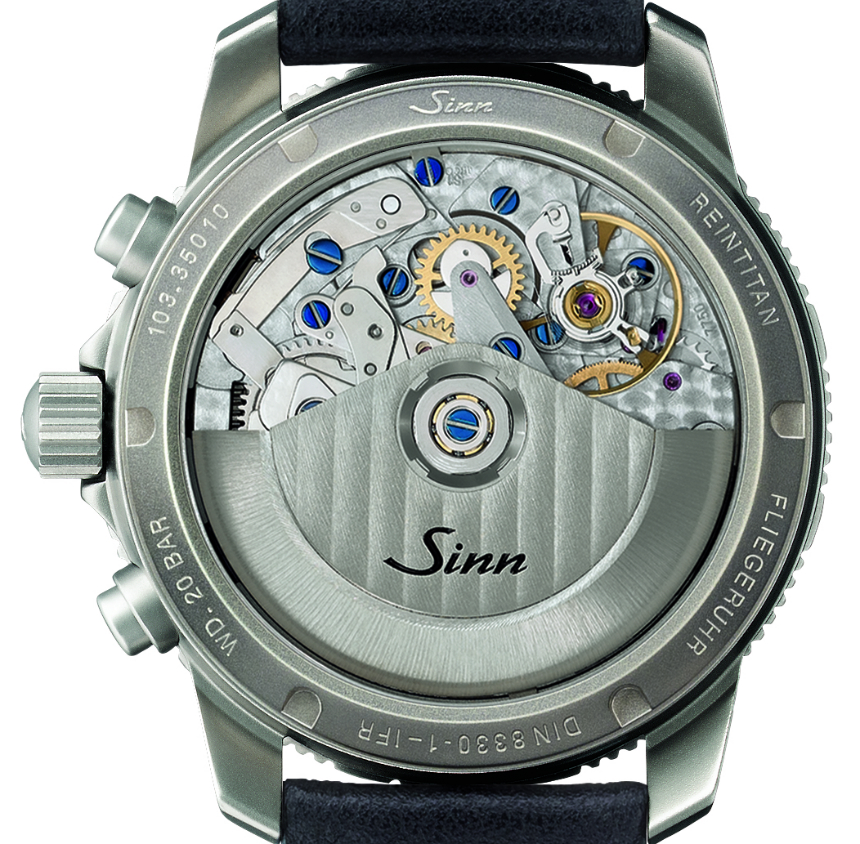 Acronym-overload aside, the three new models aren’t too great of a departure from their outgoing models – specifically the 857 UTC VFR, which looks a lot like its predecessor with the new DIN 8330 graphic at 6:00. However, the new Sinn 103 Ti IFR editions are more visually distinct – particularly with the complete absence of the 12-hour counter at 6:00 and substitution of the syringe-type handset for Sinn’s baton hands used on the EZM collection watches, ultimately yielding something that looks a little bit like a simplified Sinn 203, but with a hearty set of upgrades. 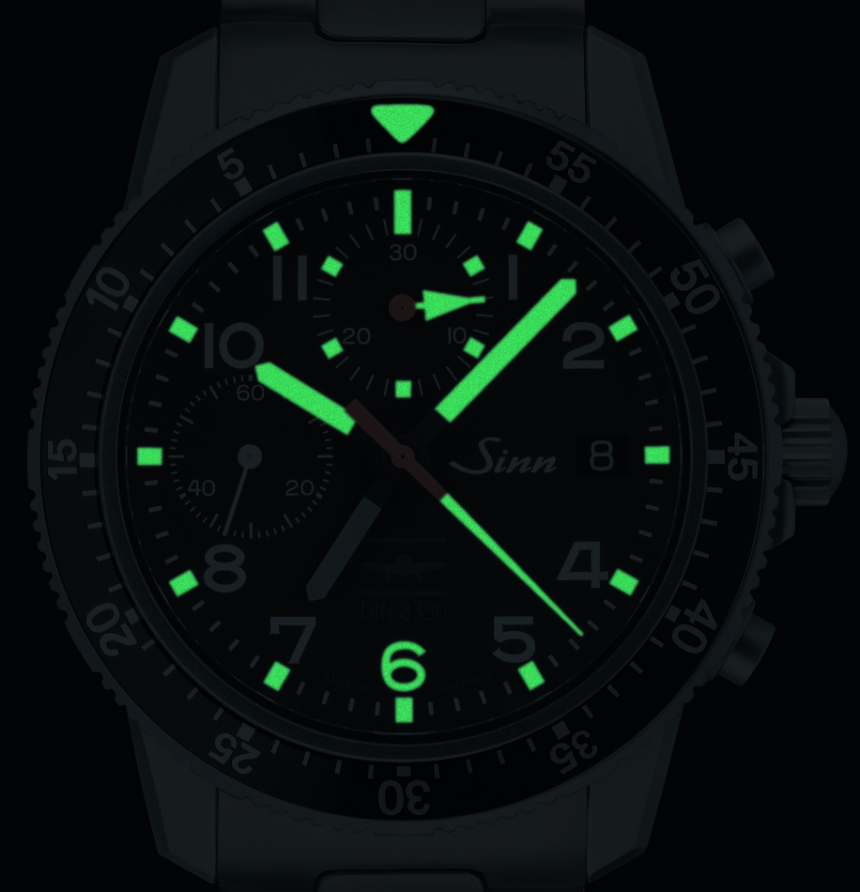 Sinn’s new DIN 8330 watches have been tested along similar lines (200m water resistance, functionality in temperatures spanning –45°C up to +80°C, etc.), but the scope of watches that can chase this certification has been broadened to include quartz watches – this is a key differentiator between DIN and TESTAF. Furthermore, several testing criteria have been strengthened – that for legibility (specifically, compatibility with night vision goggles), operability with gloves, shock and impact resistance, and special protection from exposure to aviation fluids like de-icer or fuel. A new test was also developed specifically for DIN 8330, which subjects the watches to repeated, prolonged air pressure changes that simulate the differences between pressures at sea level and those inside a pressurized cockpit. 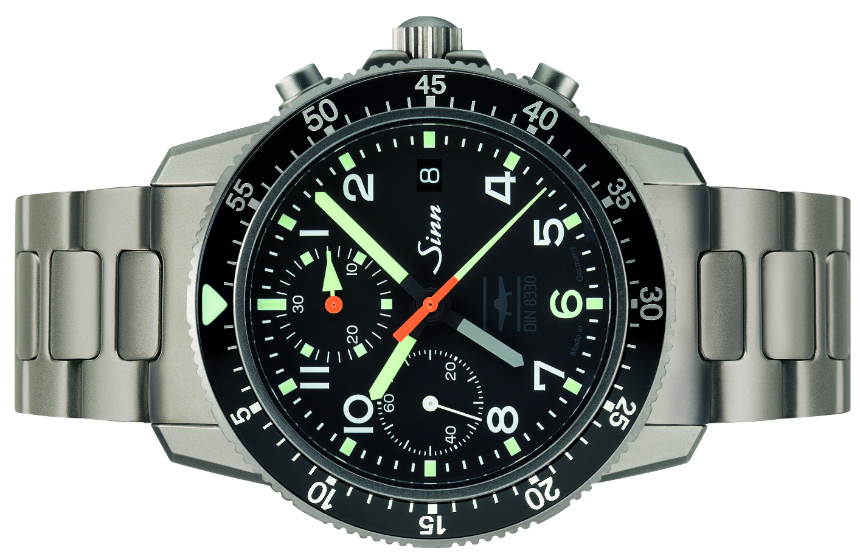 As far as the collection goes, these new Sinn DIN 8330 watches will replace three of the five existing Sinn pilot watches with TESTAF certification – specifically, the 103 Ti, 103 Ti UTC, and 857 UTC, which will be replaced by the new 103 Ti IFR, 103 Ti UTC IFR, and the 857 UTC VFR. Sinn’s current flagship TESTAF models, the EZM 9 and EZM 10, won’t be replaced but will undergo the new DIN 8330 testing to earn the designation and an updated title instead.

In an industry whose genres are often defined merely by visual cues, Sinn remains a cut above – defining, then rigorously testing and implementing criteria that certify its tool watches will reliably perform for their intended purpose. It’s a smart move on Sinn’s part, because clearly defined industry-wide standards ultimately separate the wheat from the chaff, and ensure that a Sinn pilot watch is never misconstrued as just another “pilot’s watch.”