This year Piaget celebrates 60 years of the ground-breaking Altiplano. Released in 1957, the original model was the perfect vehicle for the revolutionary 2mm thin 9P, which went on to become the gold standard for reliable, elegant, ultra-thin movements. 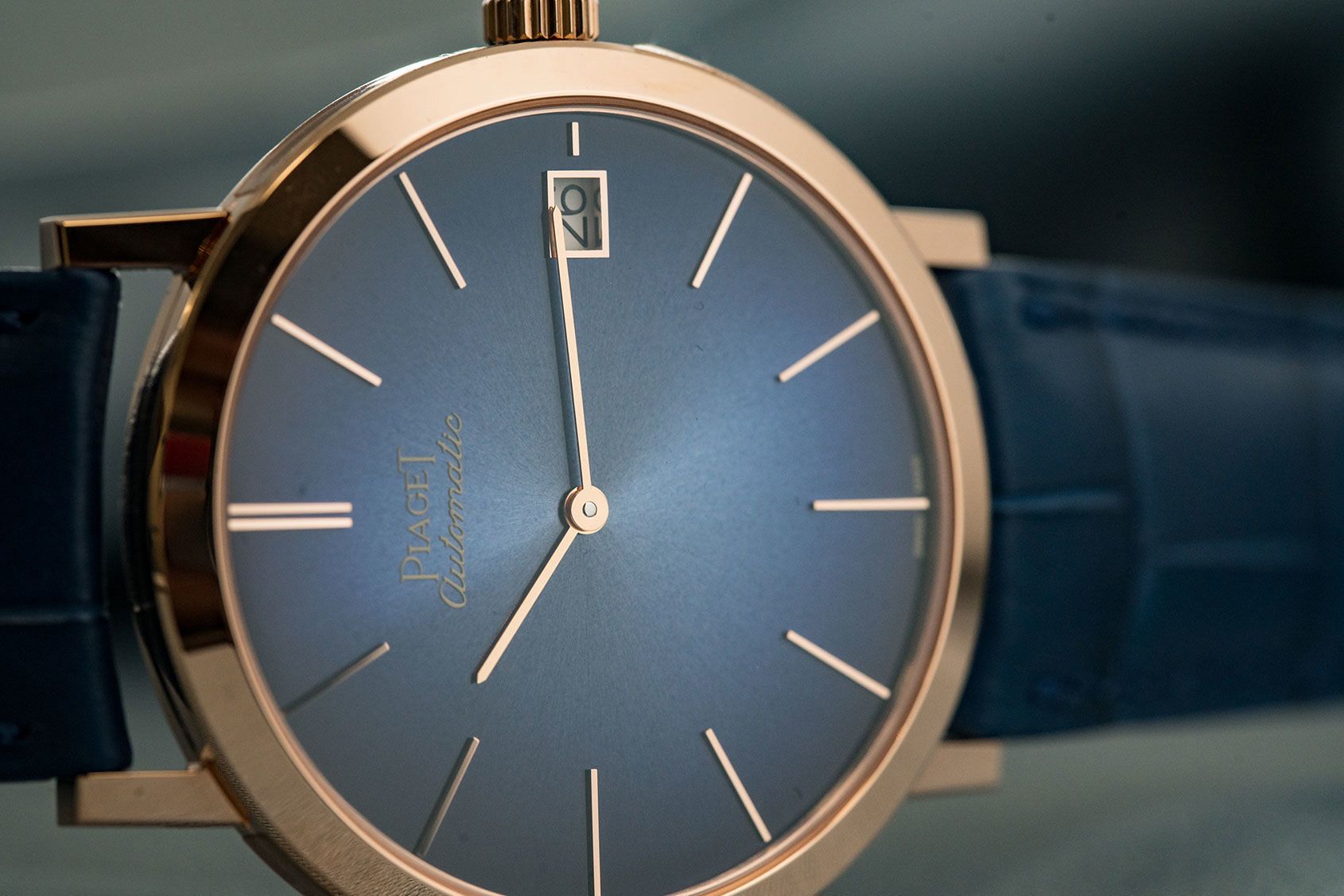 Over the decades, there’s been a clear evolution of the Altiplano (which was named after a high-altitude plateau in the Andes, by the way). Key releases include the 1960 automatic version (calibre 12P), and in 2013 the 900P, the world’s thinnest mechanical watch, measuring 3.65mm, followed two years later by the Altiplano Chronograph which added complication to the equation while still measuring in at a comparatively slight 8.24mm. It’s no wonder the Geneva-based brand has become famous for its slender movements. 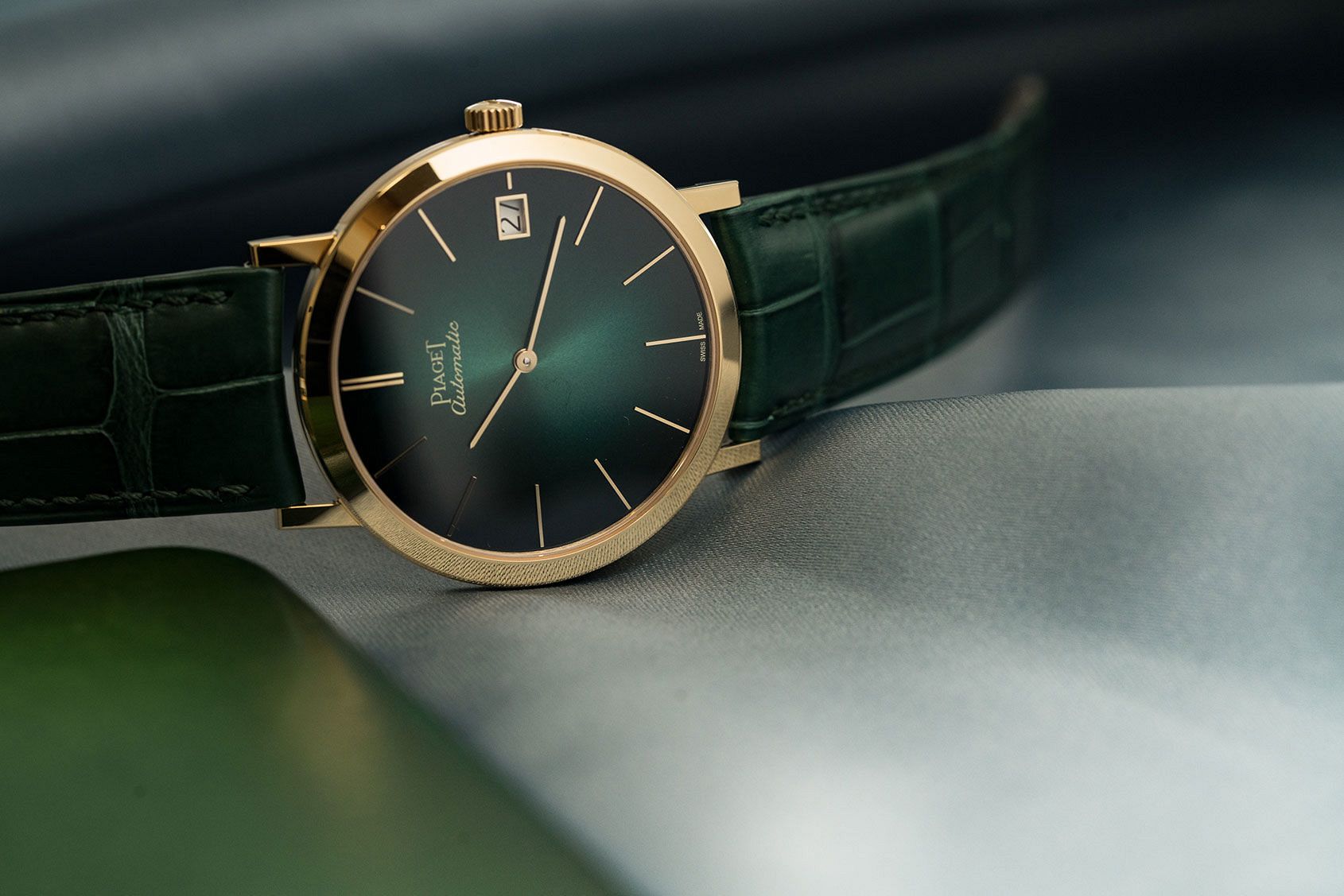 While these are great examples of the Altiplano pushing the boundaries of what’s possible, it’s also important to remember that a large part of its appeal is the ultra-thin aesthetic – which is where the new collection really shines. The 40mm golden trio is a marvel to behold. 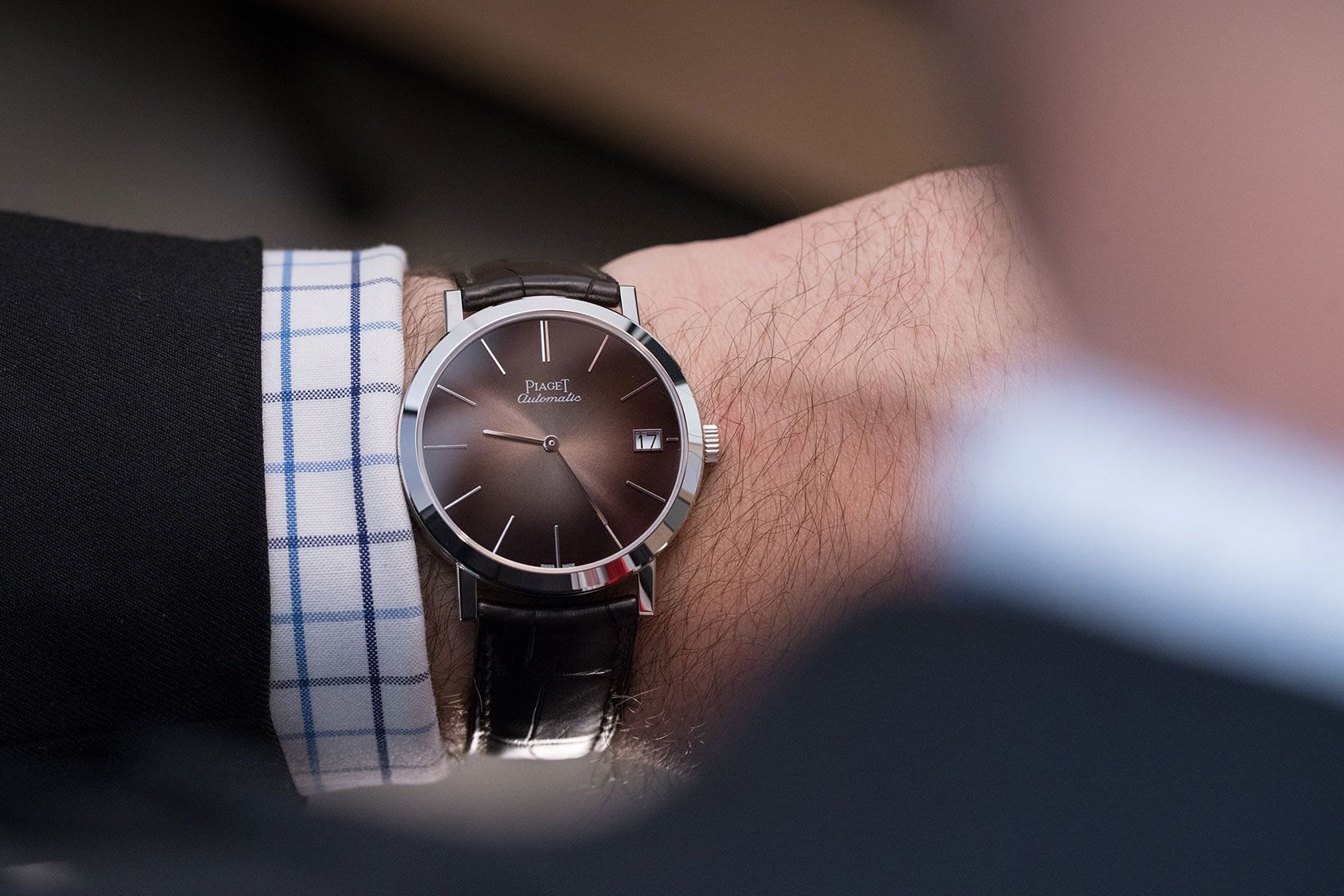 Powered by the svelte micro-rotor equipped 1203P, there’s a lot to love mechanically-speaking. Still, what really lights up these watches is the dials, offered in vibrant green and yellow gold, blue and pink gold, or a smoky grey cased in white gold. And these aren’t just solid blocks of colour; the green, for example, shimmers from bright emerald through to dark pine. The result is a watch that delivers far more wrist presence than its frame and diameter would suggest. 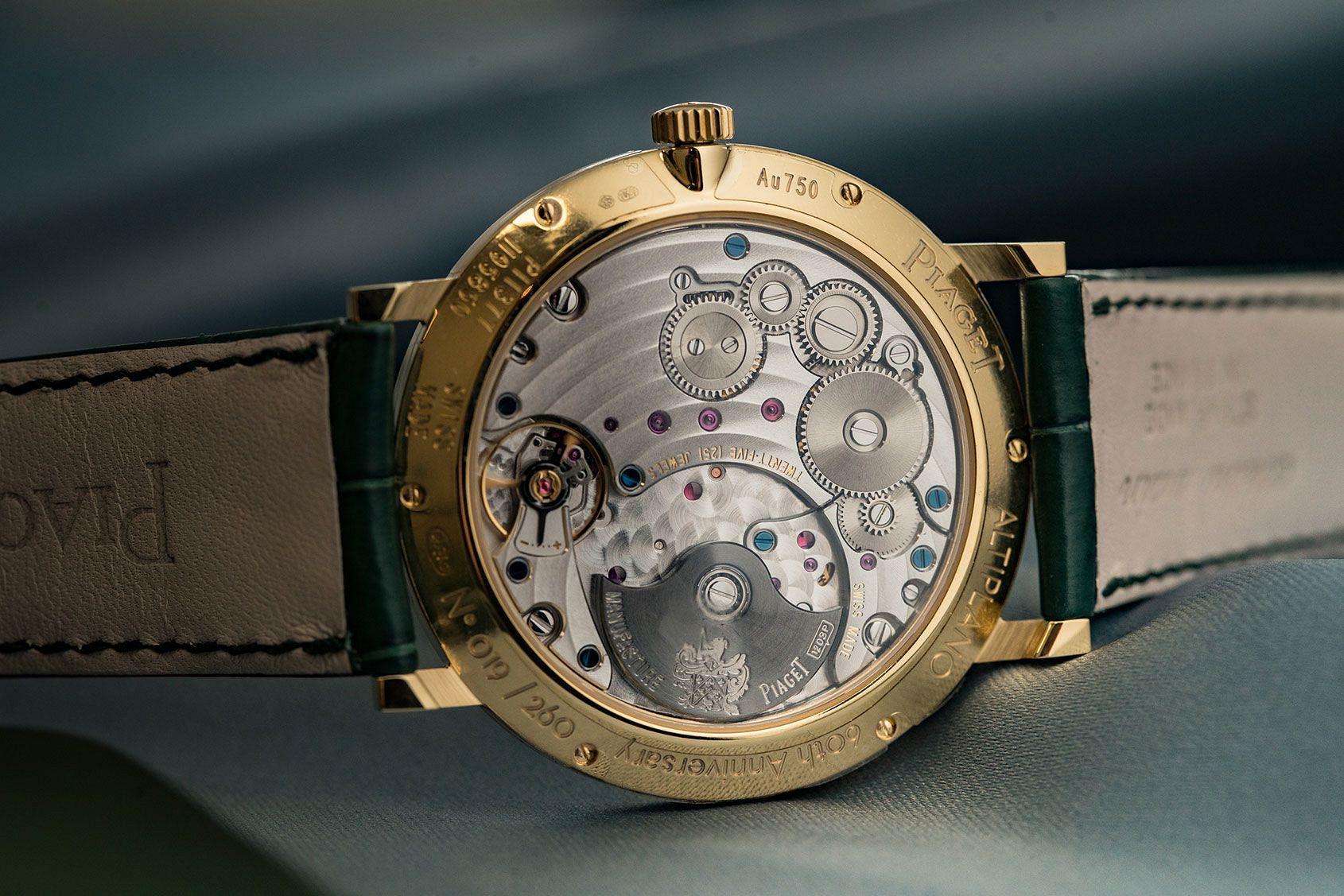