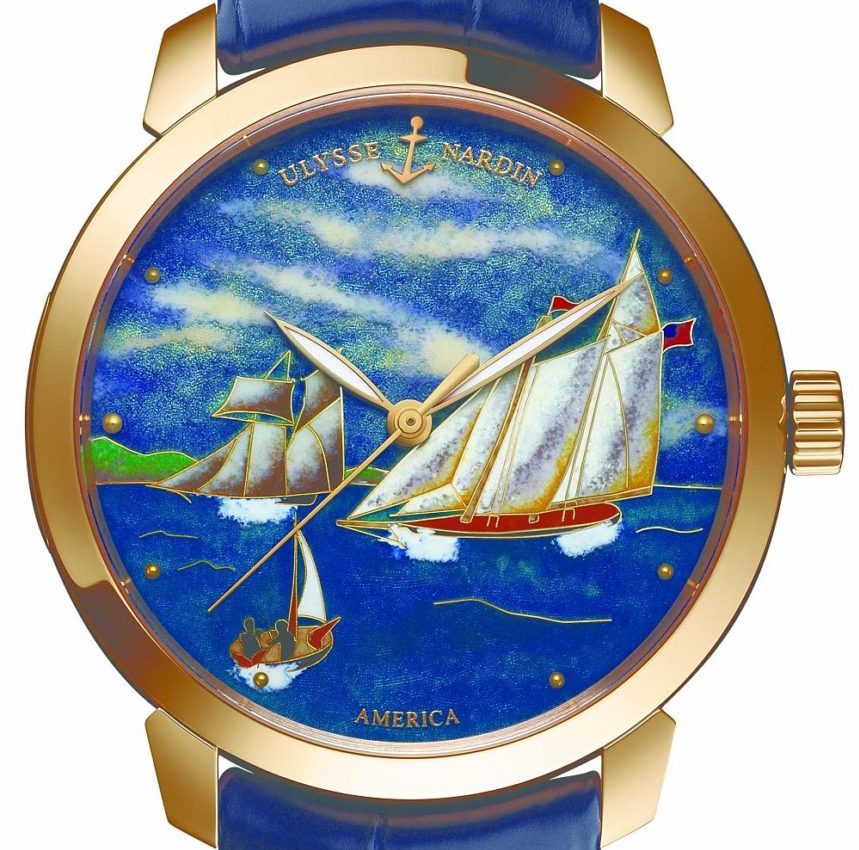 While you may have your own associations between watch brands and sporting activities, Ulysse Nardin has become firmly cemented as tied in to the boating world – at least in my mind. No, they are not the only brand who is in the mix of competitive boat racing sponsorships, but they are the only ones that I have seen commission their own boat. Add in Ulysse Nardin’s marine chronometer history, and, well, an association is born. To commemorate the 35th anniversary of the America’s Cup race, the brand has released the colorfully decorated Ulysse Nardin Classico America.

As far as the brand’s watches go, the Ulysse Nardin Classico America is fairly tame (at least by Ulysse Nardin Freak standards). While the watch does indeed house a COSC movement, the focus here is on the dial. That is where a depiction of the very boat that gave the the America’s Cup its name (it was previously known as the 100-Pound Cup). 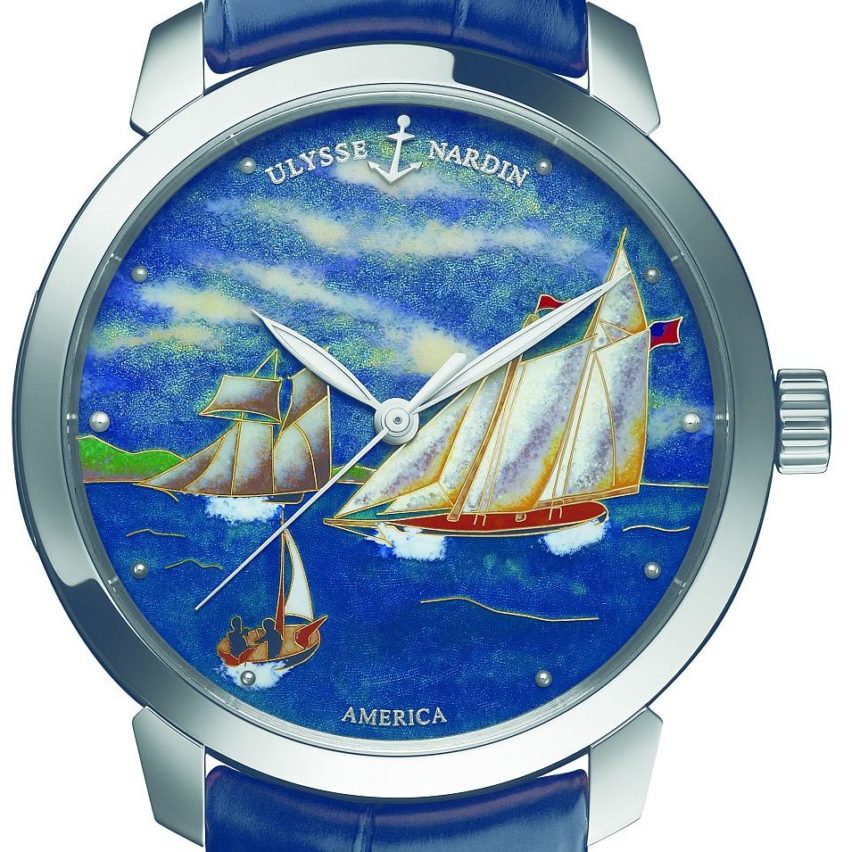 While this schooner is a far cry from the boats we see racing today, such as those run by Artemis Racing, which Ulysse Nardin sponsors, it is a piece of heritage for the race. And if there’s one thing that watch companies can leverage well, to both greater and lesser effect, it’s heritage. I think the brand has done quite well here, all because of how the dial was created. Beyond the dial aesthetics is a UN-815 automatic movement that has a 42-hour power reserve.

Sure, they could have gone with a simple paint job, even if done by hand, but instead they went with enamel cloisonné for the Ulysse Nardin Classico America. Each section of the dial (read: each color) is separated by fine gold wire; those sections are then filled with proprietary mixes that are fused to make the dial that we see. This is a historic and labor-intensive process – not unlike the racing of these boats. Oh, and even though it’s inspired by a boat race, try not to go too deep with this watch – it’s water resistant to 50m if you do get it wet. 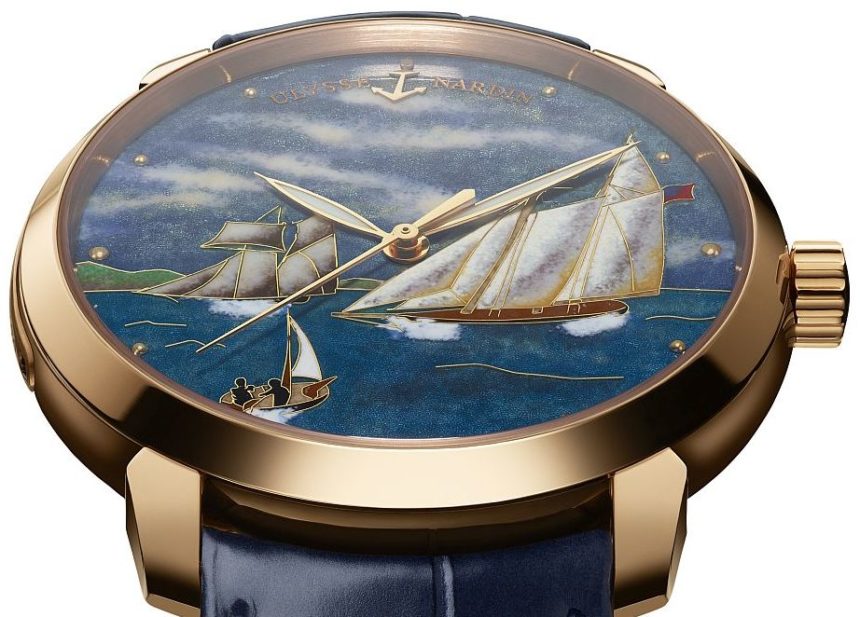 The one detail that felt off on the Ulysse Nardin Classico America is the nature of the limited edition. The brand is making 30 pieces, but it seems like shooting for 35 to match the anniversary would have been the better path to go. Maybe it’s because you can’t evenly divide 35, and there are two versions? Regardless, this is still a stunning watch. Not one that I would necessarily wear, as the only boats I’ve raced have been in the bathtub, but for the yachtsman who is a major fan of the race, I am sure the $39,800 (red gold) / $42,900 (white gold) Ulysse Nardin Classico America would feel at home on their wrist.