Such is manner in which the Patek Philippe Calatrava Pilot Travel Time (pictured below) entered the market last year: amidst a hot bath of wide-ranging coverage expressing either admiration or indignation, from both the horological and non-horological press, generating a sustained intrigue that has lasted well past its initial release.Many times the watches we cover from major brands are the pieces left over from a century of watchmaking. They are the series that are both adventure- and time-tested through the years, and thus have earned a spot in the minds of modern consumers. It’s plain to see these pieces — from Rolex, Omega, Patek Philippe and many others — scattered throughout boutiques, and it almost always becomes a very hot topic when one of these brands releases a completely new series to the modern market. 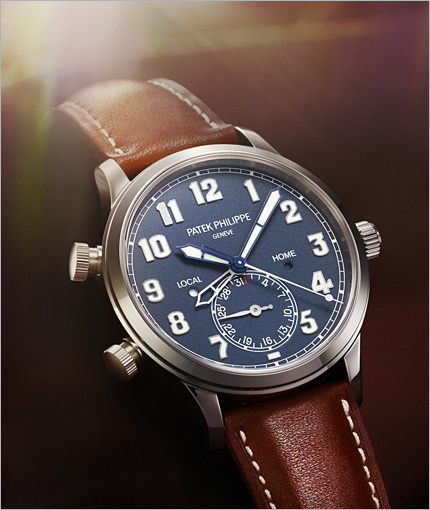 Many of these design choices, in fact, can be traced to the very beginnings of wristwatches— specifically those seen on early pilots’ watches from the 1920s and 30s (such as the vintage Patek directly below and the historical Zenith that appears further down). Others reference the more modern and masculine traits often seen in pilot watches today.To Patek Philippe’s credit, the watch is very interesting. However, it is not simply a piece that arose from nothingness but instead one that takes on many design characteristics of pilot watches from the past 100 years or so and packages them nicely in a contemporarily finished modern timepiece. 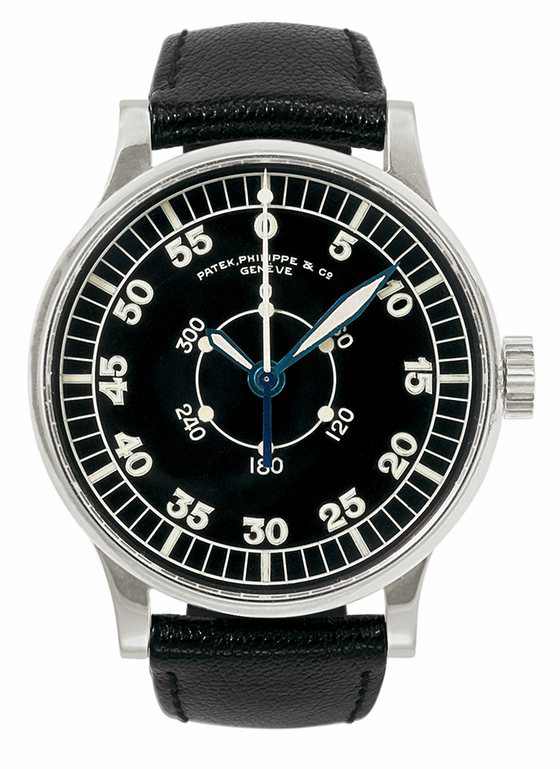 This watch, as I previously mentioned, is not a piece based purely upon a single predecessor or era in watchmaking. Truth be told, it is not even based on any specific pilot watches previously offered by Patek Philippe, such as the one pictured above. Instead, the aesthetic elements are sourced from various eras and then adjusted by Patek Philippe to suit the brand’s own unique style — and to appeal to its very discerning consumers. This is seen most obviously in the piece’s numerals, hands, and dial—all of which seem strongly influenced by early-20th-century pilots’ watches, such as the Zenith model above. The Arabic numerals, while in a slightly different font, are still large and visible with an early-century styling; the blued-steel hands maintain a vintage look; and the dark dial with a 6 o’clock subdial is a mainstay of many early pilots’ watches. 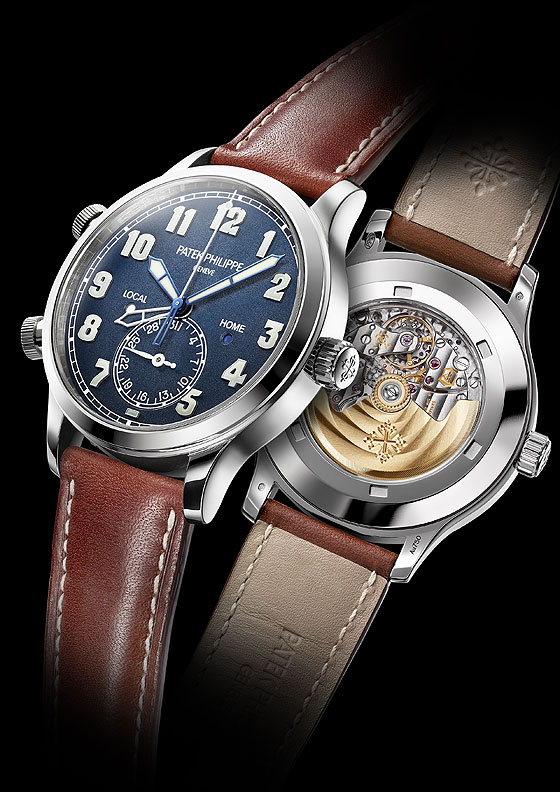 The hands use an interesting vintage-inspired design, and are composed of either blue or white steel.The Calatrava Pilot Travel Time Ref. 5524G, or 5524 for shorthand, has a 42-mm white gold case with sapphire caseback, and three distinct crowns to control the piece’s multiple features. Its complicated and decorated movement, the automatic Patek Philippe Caliber 324 S C FUS, has a GMT function, day/night indicators for both local and home time, and a date function; the movement has a power reserve around 45 hours. On the distinctly dark navy-blue dial are large, luminescent Arabic numerals (as below), a surrounding minute ring, an unusual date indicator at the 6 o’clock mark, and the understated corporate logo beneath the 12 o’clock position. 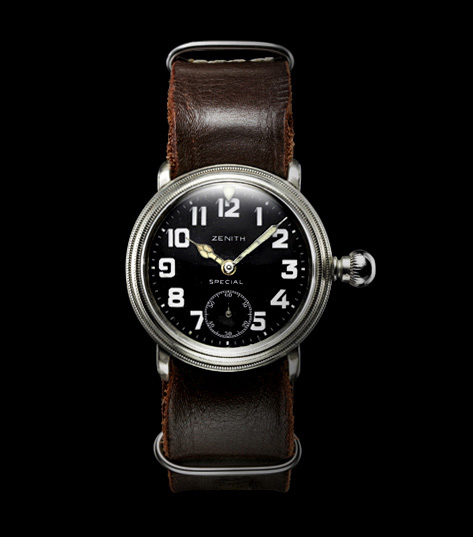 The modern watch, mechanically speaking, is a very interesting and complicated piece. Its triple crown system, day and night indicators for both home and local times, and date-specific subdial are all part of a unique combination of features. And aesthetically, its use of a second white hour hand instead of the often-used arrow pointer for the GMT function, is a refreshing change from most GMT pilot watches. Some could argue this watch is not truly a historically-based piece, or that it represents an attempt by Patek Philippe to reach a younger audience.And of course, its relatively prohibitive cost and production numbers will make it a rare gem in this crowded segment. But to me, this piece’s overall look and size culminate to a rather handsome wristwatch. I might have chosen to build it in steel instead of white gold, for a little less luxury and little more protection, but to each his own. 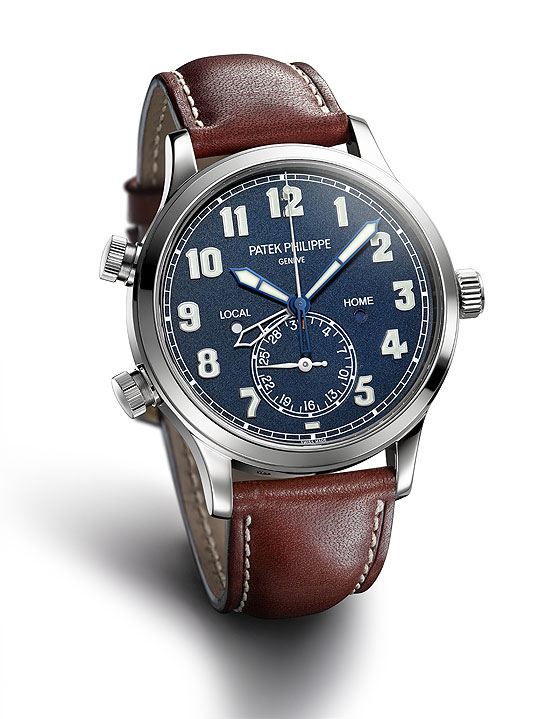 More modern inspirations include the choice of a navy blue for the dial instead of the traditional pilots’ black, the use of a date indicator instead of a seconds counter for the 6 o’clock subdial, and the choice of a white gold instead of the utilitarian steel used in vintage Patek Philippe pilot watches. Other design elements and technologies, including the complicated GMT function, the three crowns, and the sapphire caseback displaying the decorated movement, are all clearly modern liberties taken by Patek Philippe to distinguish the reference. 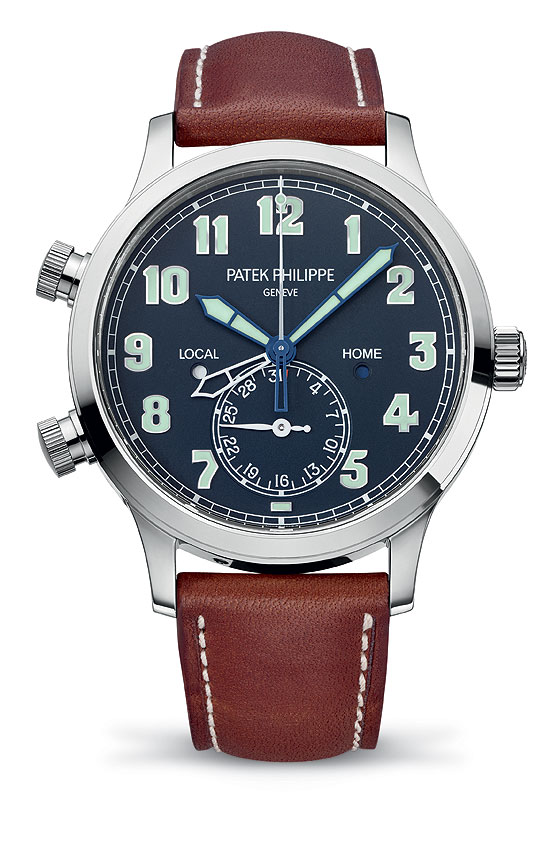