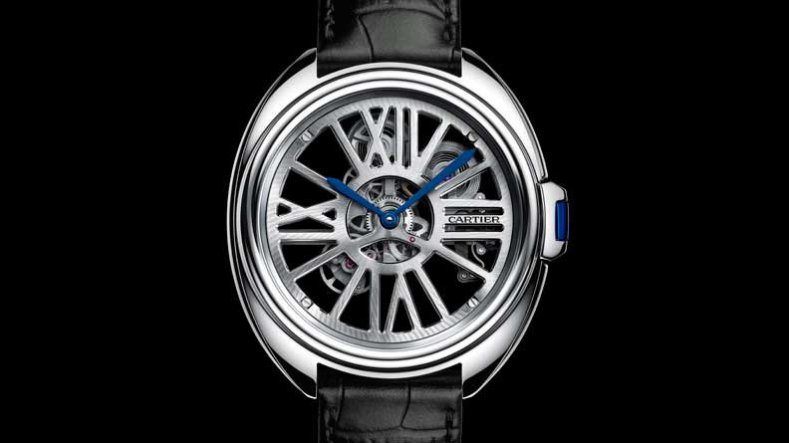 Skeletonisation is the clear theme for the three new models that Cartier has presented ahead of the show, with the talking pieces being the Rotonde de Cartier Earth & Moon, the Crash Skeleton and the Clé de Cartier automatic skeleton.

The latter model is particularly interesting, since it is Cartier’s first self-winding skeleton model. Quite logically, the new in-house 9621 MC calibre is housed in the Clé de Cartier case that was launched at the SIHH earlier this year.
Displaying the hours using a skeletonized bridge is a Cartier patent (and not just for Roman numerals), so it is understandable that this has become a signature Cartier design trait. In the case of the new Clé de Cartier Squelette Automatique, however, the challenge was to avoid having the oscillating mass required to wind the watch obscure the skeletonized numerals and thus impair the legibility of the watch. 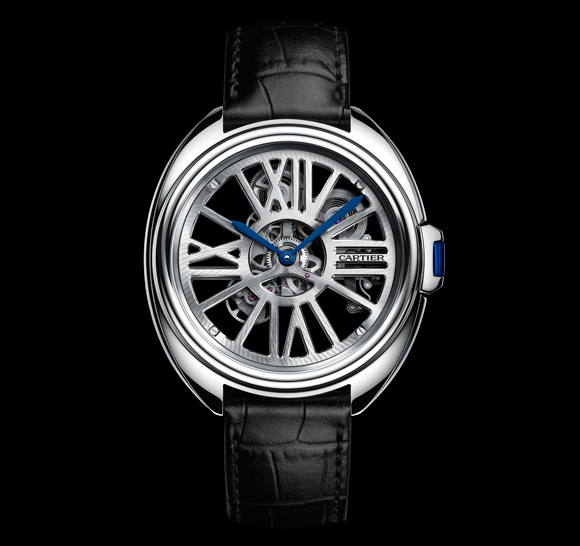 As always at Cartier, this challenge was approached from the bottom up, taking into account the very fundamentals from the theory of horology. Firstly, the movement has to achieve the theoretical optimum of between 2.5 to 3 for its winding speed (Cartier has developed its own special software for calculating this).
The starting point is the reinforced 9621 MC calibre, which is based on the brand’s 1904 MC in-house movement. It is made of nickel silver, since the nickel content compensates for the skeletonisation of the movement. Particular attention was, of course, paid to the oscillating mass, which has a traditional design but is skeletonized to make it practically invisible from the dial side. Here too, a change of material was required to maintain the required inertia, so unlike the base 1904 calibre’s tungsten oscillating mass, the one in the Clé de Cartier Squelette Automatique is in 22-carat gold. A power reserve of 48 hours is guaranteed. 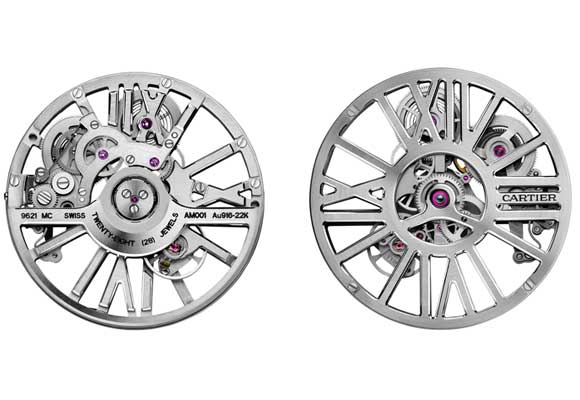 The clean lines of the 41mm case in palladium are achieved with some hidden details that are further testament to Cartier’s attention to detail: hidden seals for the gaskets, covered bracelet attachments and an inclined recess to accommodate the sapphire crystal all contribute to its purity. The new Clé de Cartier Squelette Automatique will retail for €40,000 and a version set with approximately 5 carats of brilliant-cut diamonds will also be available for €100,000.

Skeletonisation is also the theme in the latest incarnation of the Rotonde de Cartier Earth and Moon model. Housed in a red-gold case, the skeletonized Roman numerals in white gold complement a sub-dial and moon phase disc in polished meteorite that builds upon the astronomical theme of the first version, which had a dial in lapis lazuli. The second time zone can be adjusted simply by pressing the pusher at 2 o’clock, while the pusher at 4 o’clock activates the “on-demand” moonphase complication, with the meteorite disc covering the tourbillon cage at 6 o’clock to give an accurate depiction of the current moon phase. This is a limited edition of just 15 pieces that will retail for a cool €210,000. 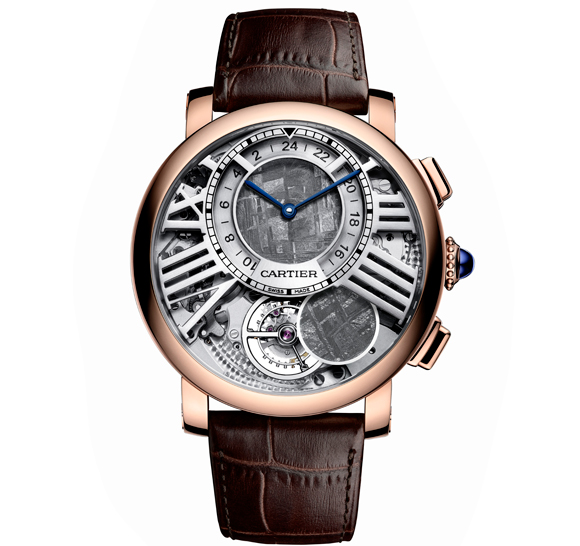 Cartier rounds off the new skeleton theme with a new red-gold version of its Crash Skeleton. Because of the unique design of this watch, a new case material necessitates a new movement finish to match the red-gold look that curves around the wrist in three dimensions. It follows on from the platinum model presented earlier this year, but although the former was limited to 138 pieces, this latest model is limited to 67 pieces in recognition of the date the first Cartier Crash was launched in 1967 and will retail for €55,000. 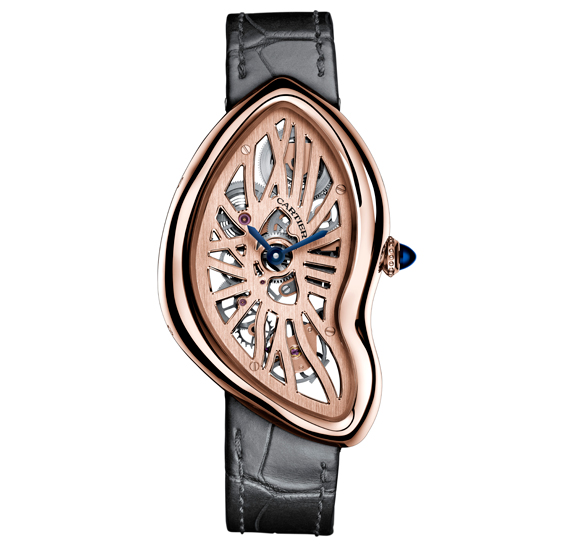 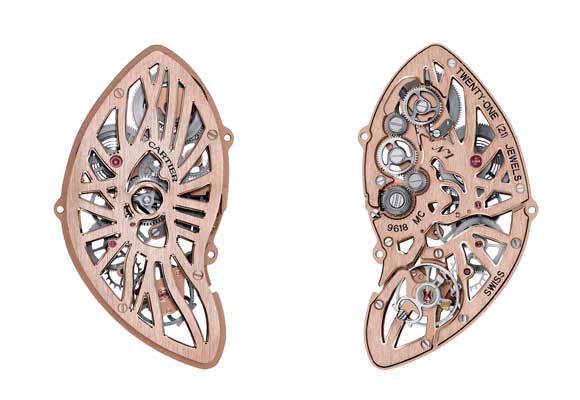