The fine line between simplification and minimalism is one of the most difficult distinctions to understand. Minimalism, over the past few decades, has become a catch-all term for any number of pared-down designs and aesthetics. But it’s certainly possible to simplify the look and production of an item without creating something classically minimalist. Some of the best examples of this are the brilliant works of the German designer, Konstantin Grcic.

Though Grcic is known for his clean, elemental look, but his approach is as much rooted in the production of an object as it is for the look of the object itself—a major departure from most minimalist thinking. Whether he’s designing furniture, lighting, or the stunning new Ceramica for Rado, the manufacturing process is as interesting as the finished product.

Born in Munich in 1965, Konstantin Grcic was fascinated by how things were made from childhood. At the age of 20 he moved to Britain to delve into handcrafting as a cabinet making student at the John Makepeace School in Dorset. While there, he acquired a taste for industrial design, and upon completing his studies he enrolled in a Master’s design program at the Royal College of Art in London.

“THE INTELLIGENT AND ECONOMICAL USE OF MATERIAL FORMS AN IMPORTANT PART OF MY UNDERSTANDING OF GOOD DESIGN.” – KONSTANTIN GRCIC 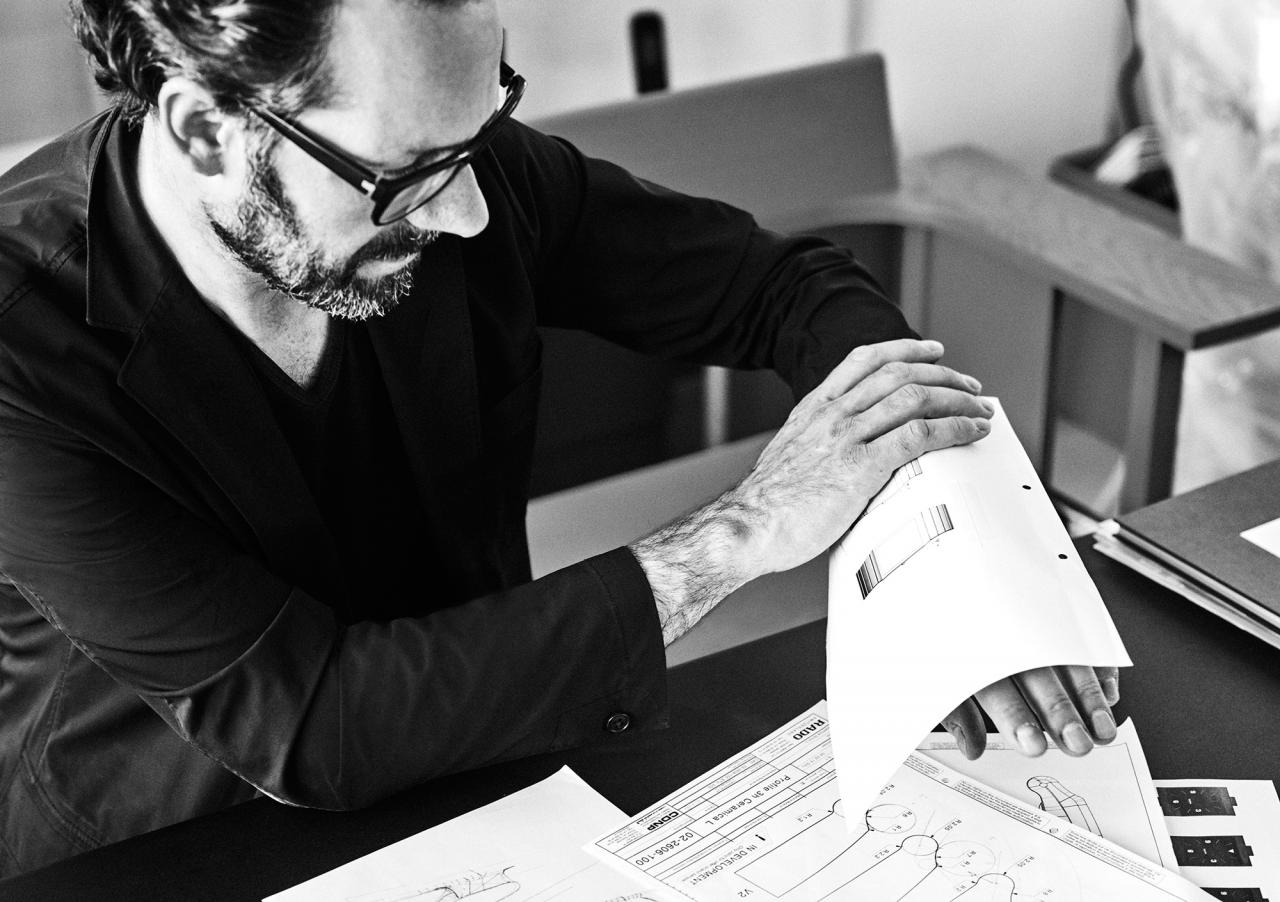 By 1991, he had already started a successful design studio in Munich, producing ideas for some of the world’s top furniture makers. Obviously there are plenty of young, successful designers in the industry, but Grcic’s simplified production separated him from the pack.

A perfect example of his philosophy is perhaps his most famous work, the Chair_ONE, designed as a modular seating solution suitable for anything from outdoor public benches to the home. The main seat itself is a tessellated design, made up of triangles of varying shapes and sizes to create a futuristic, skeletal frame that is as comfortable as it is striking. It’s a bleeding-edge kind of look, one that is just at home in the permanent collection of MoMA as it would be on the Death Star. 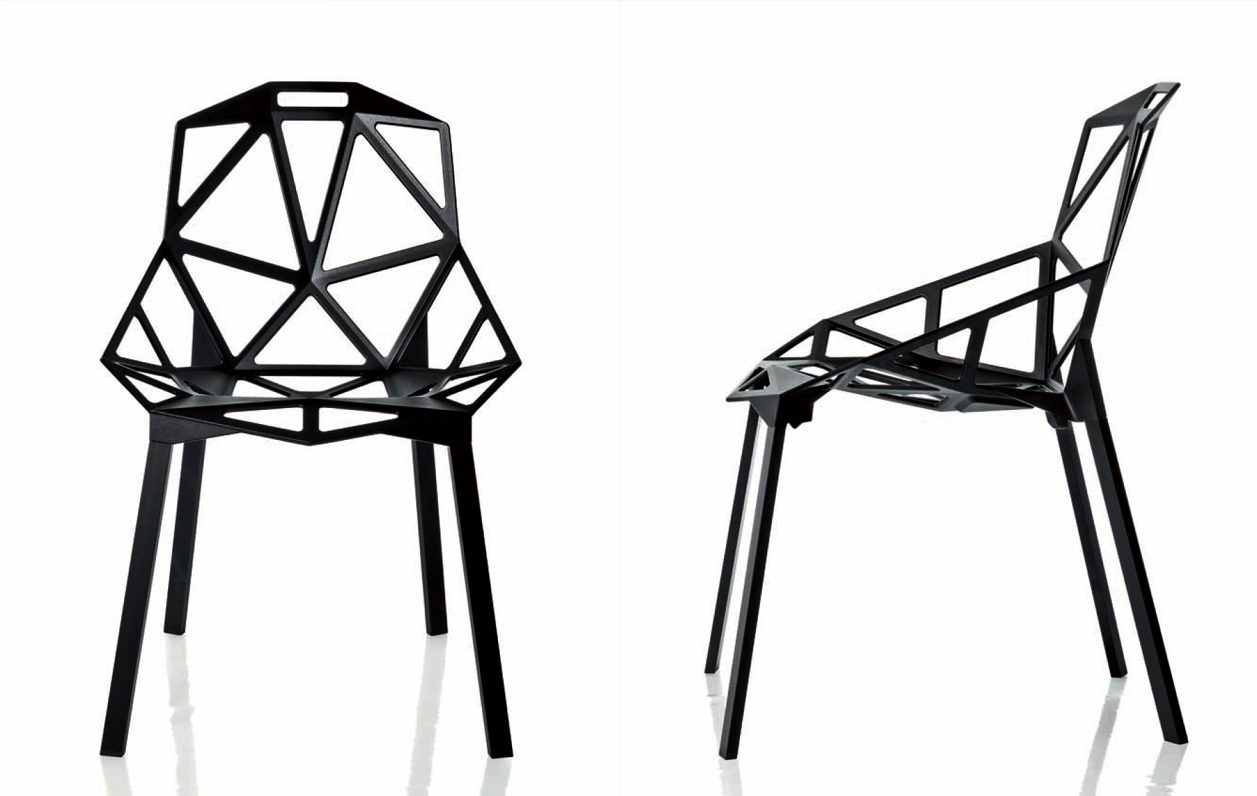 What really sets the Chair_ONE apart, however, are the materials and processes used to bring it to life. Normally, an object like this would be made of multiple welded or joined pieces, or injection-molded plastic. Grcic’s exacting standards for production instead led the Chair_ONE to an impressive one-piece aluminum die cast. Die casting is a difficult process usually reserved for much smaller items (the most common example being Hot Wheels), and the skeletal, triangular design of the Chair_ONE sidesteps many of the issues usually associated with large-scale die casting. 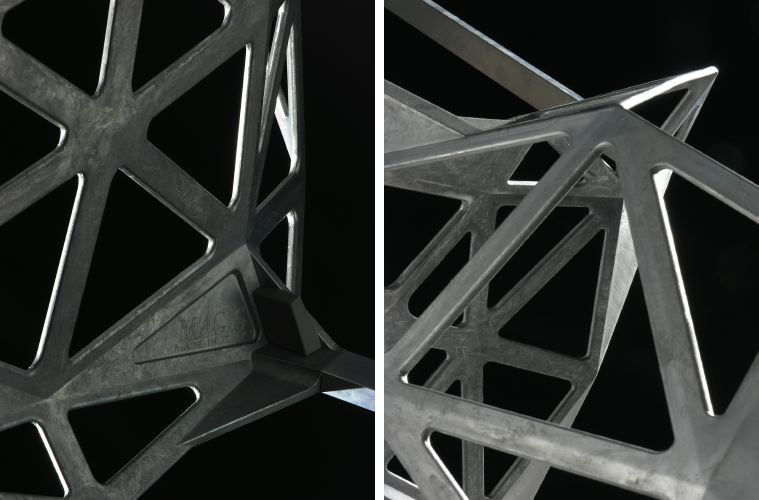 Grcic’s watch design for Rado, his first ever collaboration with a watch brand, is no different. Earlier this year, Rado tapped Grcic to revive its iconic Ceramica line, first introduced by Rado in 1990. The finished product exemplifies his notion of innovation in production. The blend of ceramics used to create the monobloc case and integrated bracelet is highly advanced, and allows for a smooth, matte finish as opposed to the more common gloss black. The case itself–measuring 30mm by 41mm with a thickness of just 7.6mm on the two men’s models–is a flowing, tapered rectangle that transitions seamlessly into broad ceramic bracelet links, almost reminiscent of the Apple Watch, but simultaneously more angular and more fluid.

The dial of the Ceramica comes in several variants, but most notable is the limited Signature model of just 701 total units (one extra for Grcic’s personal use). The Signature dial is, oddly enough, a pared-down blend of pilot cues, but so refined and graphic that it doesm’t come off as aeronautical. The mix of Arabic numerals and triangular markers instead feels clean and contemporary here—a logical, high legibility arrangement that doesn’t overwhelm the other elements. The rest of the dial is sparing, with a simple printed Rado logo and an elemental lumed baton handset. It’s beautiful in its flow and simplicity, without feeling minimal in the way that a Nomos would. Altogether, it’s a brilliant modern design piece and a highlight of Rado’s current lineup. 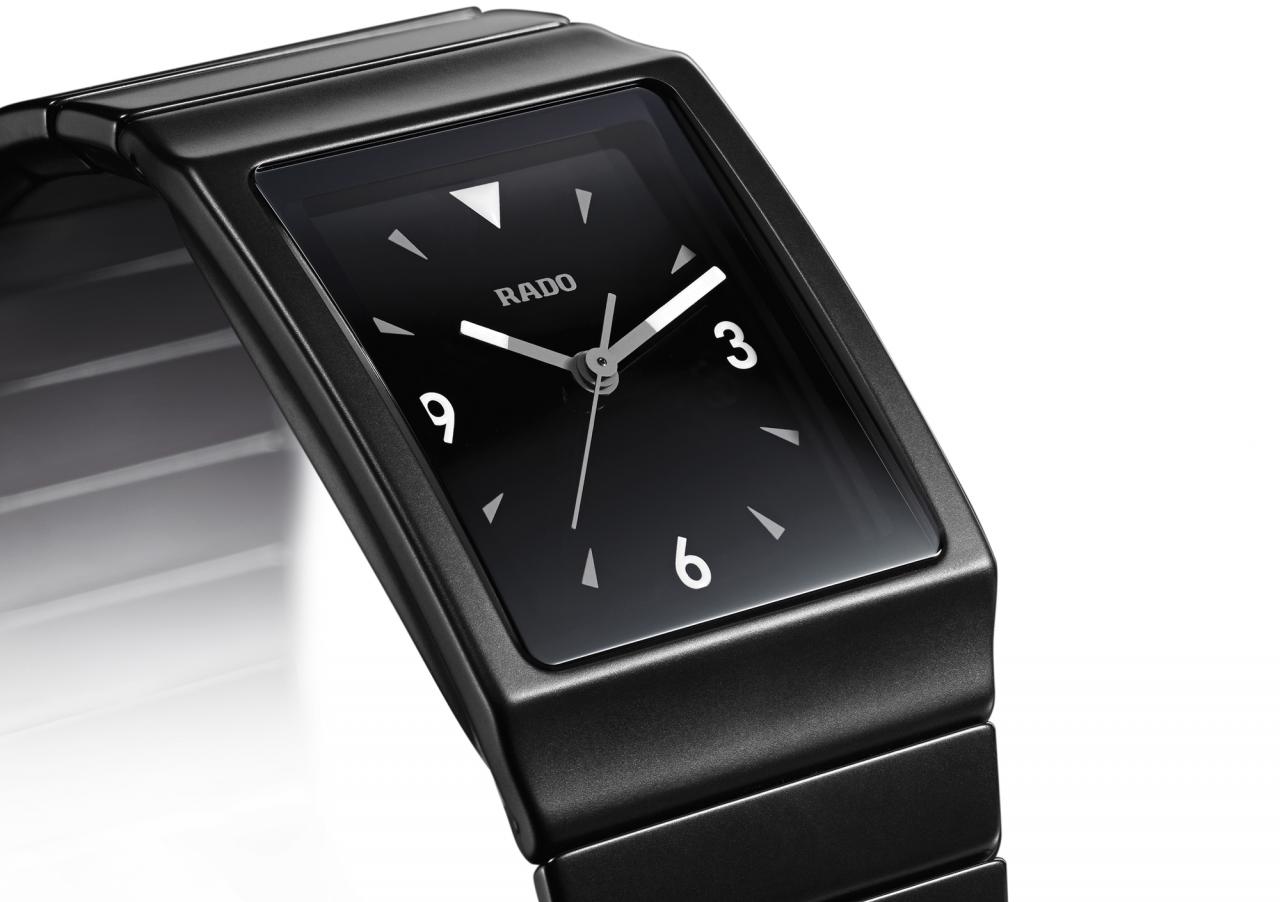 Like so many of Grcic’s other works, the Rado Ceramica manages to blend a luxurious futurism with cutting-edge manufacturing for a unique effect. It’s a rare designer that can meld the artistic left brain with the rational, production-focused right brain, and it’s Grcic’s ability to do this with aplomb that has propelled him to the forefront of modern design.