In 1957 Omega released three professional timepieces that would all go on to become absolute classics: the Seamaster 300, the Railmaster and the Speedmaster.

This year, Omega pays tribute to these three timepieces by releasing special 60th Anniversary editions of each model, which can be acquired separately or as a beautifully presented trio. 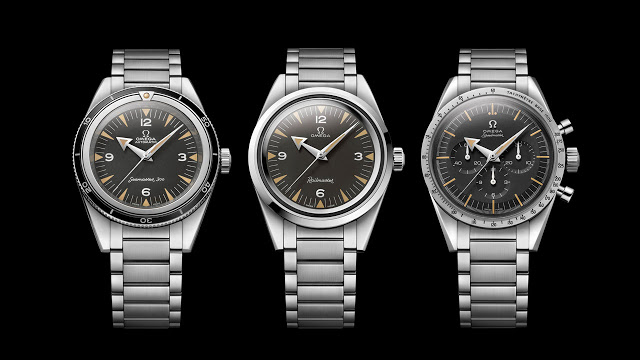 A unique digital scanning technology, used by Omega for the first time, supplied the Swiss watchmaker with accurate representations of the original watches. These cross-sections and dimensions, along with drawings of the original models, served as design templates for the new watches, which, though slightly revised for the 21st century, remain true to the spirit of ’57. 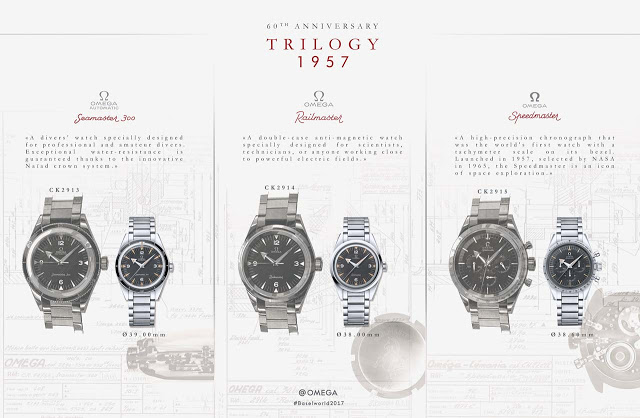 Each watch is limited to 3,557 pieces and delivered inside a presentation box inspired by the original 1957 packaging. The presentation box contains two spare straps; leather and NATO, as well as a tool to change them. All models come with a 4-year warranty.

The very first Seamaster 300 was highly sought after, not only for its remarkable water-resistance, but also for its black dial, broad arrow hour hand, bi-directional diving bezel, and recessed triangular hour markers. 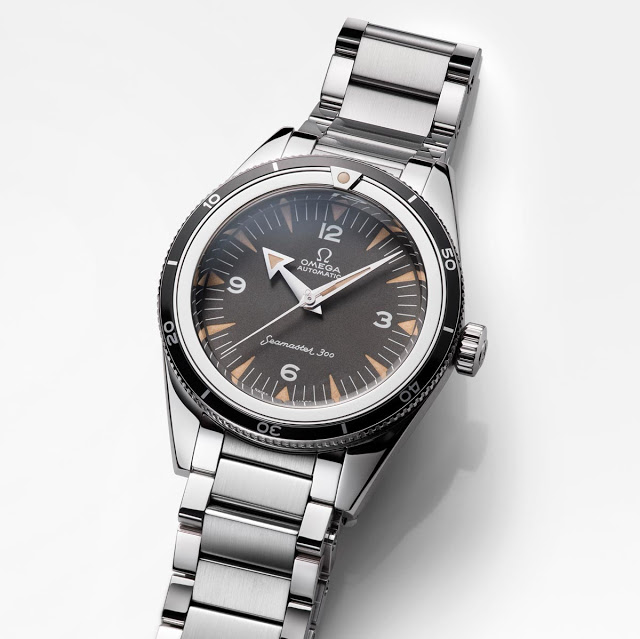 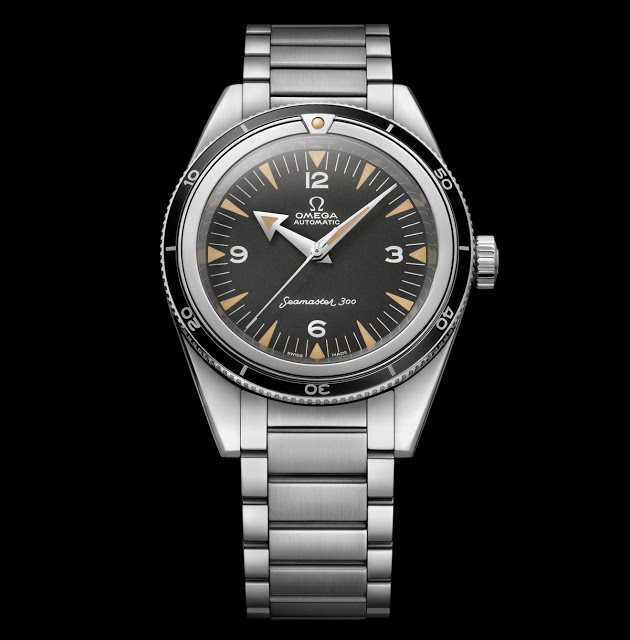 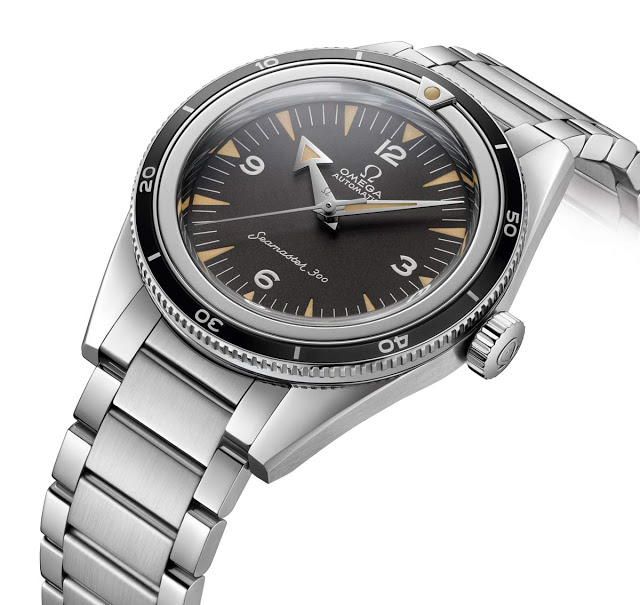 The 2017 model, based on the CK2913, features a black aluminium bezel and retains the original’s Naïad sign on the crown, which back in ’57 was a mark of the watch’s exceptional water resistance.

The Seahorse on the caseback is drawn just as it was in 1957. It is powered by the Omega Master Chronometer calibre 8806.

The double-case anti-magnetic Railmaster was specially designed for scientists, technicians or anyone who worked close to electrical fields. The original’s style has been carried over into the 2017 model, though the vintage indexes are slightly deepened to allow a stronger light from the Super-LumiNova filling. 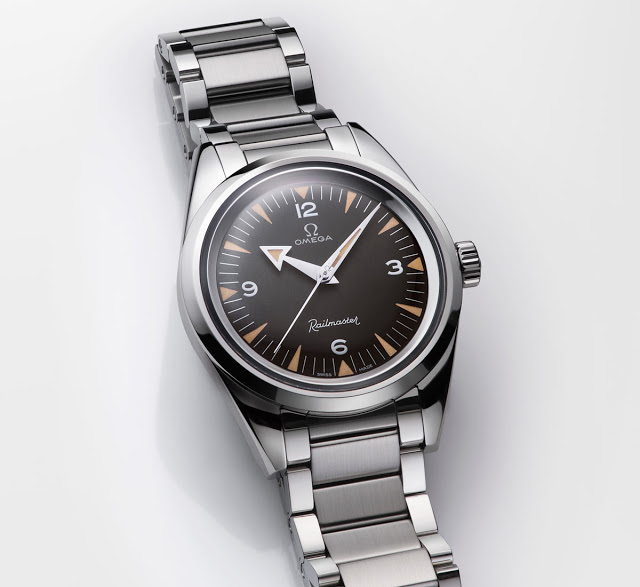 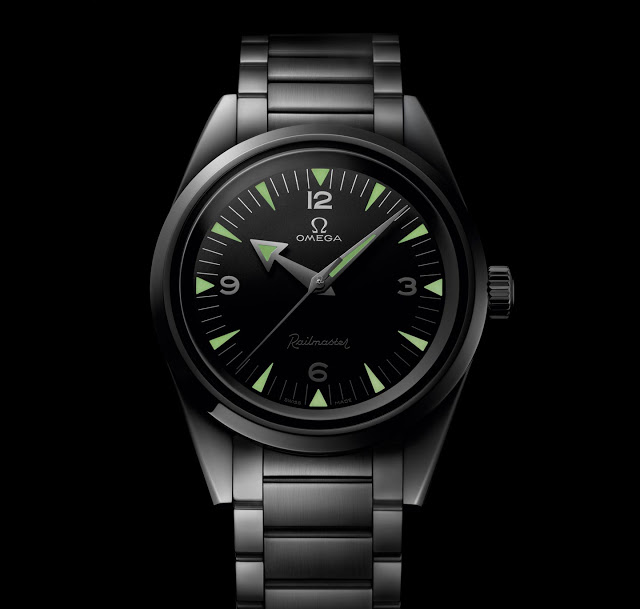 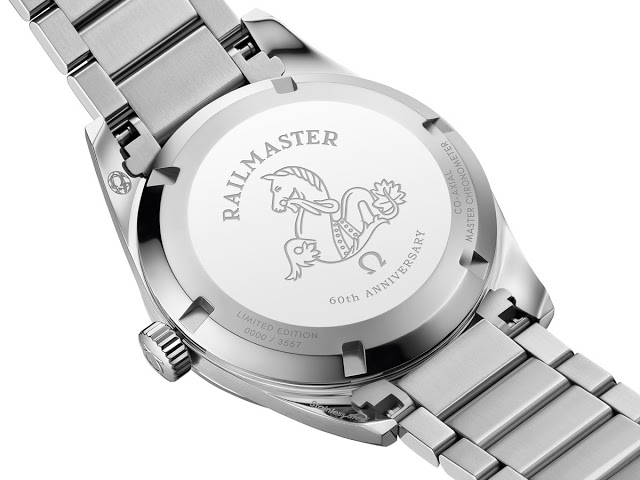 The watch is powered by the Omega Master Chronometer calibre 8806, which can resist magnetic fields of up to 15,000 gauss.

The original Speedmaster, called the “Broad Arrow” due to its distinctive hands, was not only the first Speedmaster but also the first chronograph wristwatch in the world with its tachymeter scale on the bezel rather than printed on the dial – a feature designed for the benefit of racing car drivers. On the new model, the font was redrawn to match the scale of the original ’57 tachymeter. 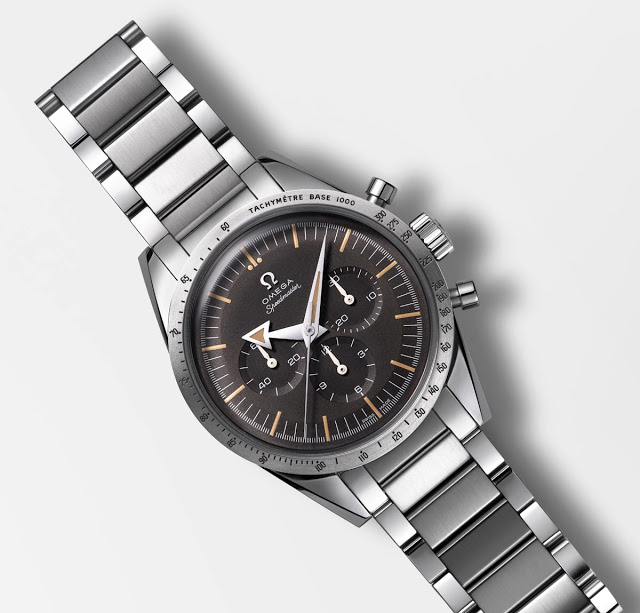 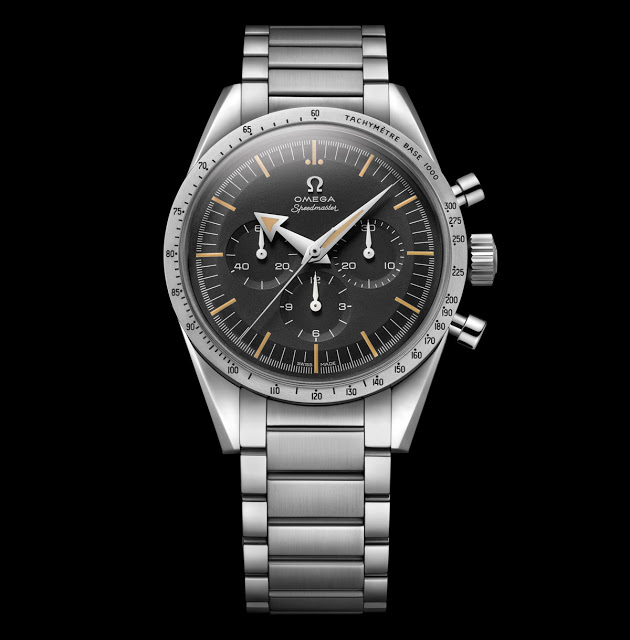 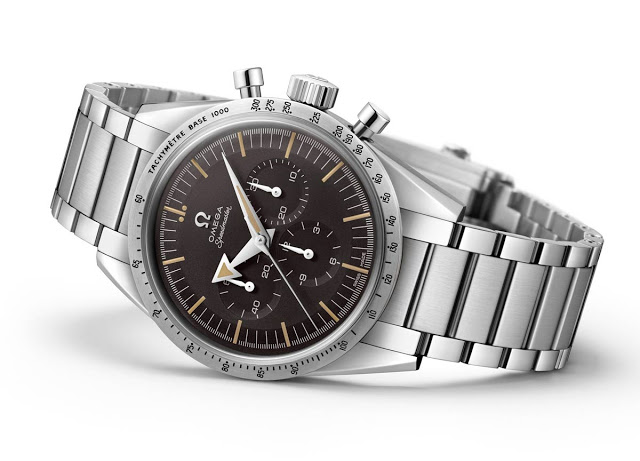 The beating heart of the watch is Omega’s 1861 calibre.