Comparing “diving” as most people know it to “saturation diving” is a bit like comparing an amateur bicyclist to a professional construction worker. They might share the same environment and the same need to breathe, but other than that, they are in fact doing quite different things (this applies to most types of diving, by the way). Saturation diving (meaning the diver’s tissues have absorbed the maximum of gas possible) was practically explored at the end of the 1930s in order to (A.) reduce a diver’s risk of decompression sickness when (B.) working at great depth for (C.) long periods of time — in other words, to increase both effectiveness and safety.

In another installment in our series on the basics of divers’ watches, we explain why some dive watches have  built-in helium-release valves and why others don’t. We also explain why each type is perfectly OK, depending on the type of diving you do.

At the end of the 1950s, the necessary scientific basis was provided to begin saturation diving in the military and, soon after, to use it on a commercial basis. In short: such a diver works under water and lives in a dry, pressurized environment for up to several weeks, and is decompressed to surface pressure only once, at the end of the mission.

And this is when some of the earlier, standard dive watches started to show problems — not with the outside pressure that they were successfully built to withstand but, rather unexpectedly, with pressure from the inside of the watch case: As the pressure is slowly reduced, and the diver adjusts to normal atmospheric conditions, it was discovered that the internal pressure in the watch builds up due to its effective sealing, and the watch’s crystal would sometimes pop off. the breathing gas mixture used contains helium (and yes, those divers do in fact speak in high, funny voices because of this) that seeps into the watch case as well.

The watch industry responded to this problem in three different ways:

Omega, which was also involved with Comex at that time, developed a large “Super Comprex” prototype that featured a specially designed caseback that acted also as a pressure valve: 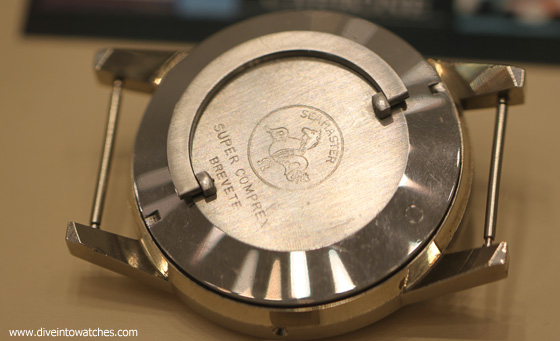 Omega, however, was convinced that it was time for something different:

Watches’ constantly increasing water-resistance, and the wide range of “Compressor” cases and later “Super Compressor” cases, also helped to provide many brands with ultra-robust watches for this type of diving. Also, many of them simply didn’t see a commercial reason to invest in such a relatively small target audience.

In 1975, Seiko presented an even more single-focused approach to building a highly innovative dive watch specifically made for professional divers in a saturation environment: The equally iconic and sought-after Seiko “Tuna” (Ref. 6159-022). An updated, 1,000-meter version is still available today, as is a modern version of the Omega Ploprof, the 1200 – which, ironically, features an integrated helium release valve.

Omega, surprisingly introduced a manual helium-release valve in 1993 on the not-so-extreme Seamaster 300 and an integrated valve on the Seamaster 1200 in 2009.None of this has changed much, even today: There are dive watches intended for recreational divers, and there are dive watches intended for professional divers in a saturation environment. Sometimes it is the same watch, sometimes it has a helium-release valve (or even two, as on a model introduced by Girard-Perregaux in 2004), and sometimes the manufacturer felt no need for one at all: Seiko, for example still marks its professional watches with a “He-GAS” inscription and has proudly never used a valve (see picture below). Since 1984, IWC has produced watches water-resistant to 2,000 meters that should credibly work for a saturation diver as well, while Breitling’s 3000-meter-water-resistant model has included an integrated helium-release valve since 2002. 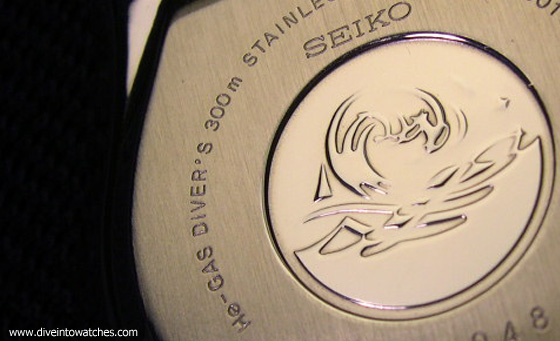 After all this, you may ask: Does a professional dive watch need a helium release valve? It depends on the brand and model: It may be that it simply offers a more traditional and recognizable look than many of its more radical-looking competitors.The Rolex Sea-Dweller is probably the most iconic and respected high-end dive watch among professional divers, but probably not only because of its essential, integrated valve.

But more importantly: Do you need a helium-release valve? It is, of course, extremely tempting to answer that with a “no,” but on second thought, that may require you to question the “need” for many of the other features and complications on mechanical watches. So maybe a better answer is, “Why not?”