Projects worked with Graves for over three decades. Seventeen years after the collaboration ended, the brand has reintroduced the Newark Museum watch from its Building Timepieces range in celebration of the architect and designer – who died earlier this year.

Graves famously believed in democratic design for everyday use, and created a number of watches and clocks throughout his life for well-known brands such as Projects, Alessi and Pierre Junod. 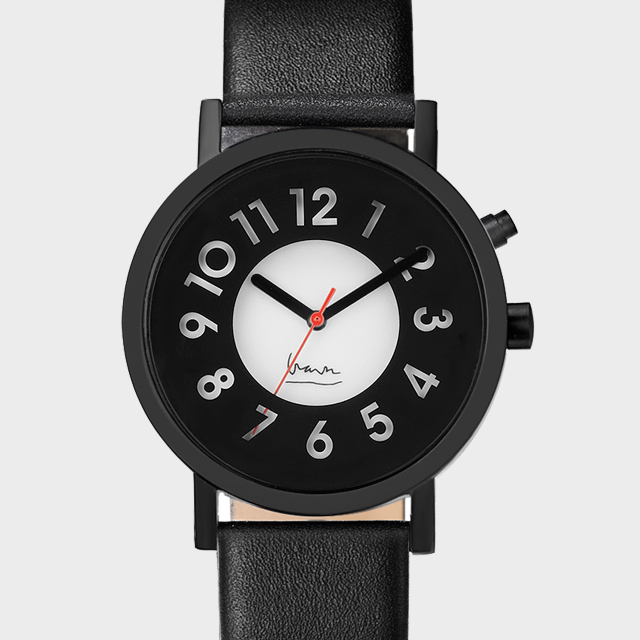 Projects first launched the Building Timepieces collection in 1998, with designs from 17 leading architects who had each designed a museum or performing arts centre.

The architects were commissioned to design a watch in the image of their building, with the aim to increase recognition of the great designers of the 20th century and their work.

Graves’ Newark Museum watch is named after his 1960s building in New Jersey, and forms part of a series that also includes alarm and wall clocks. 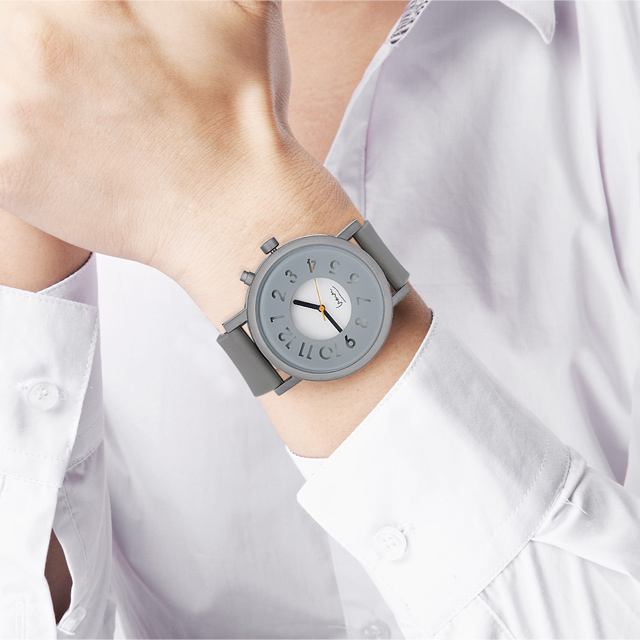 When his watch first launched, Graves said: “In the Newark Museum watch, there is a feeling of depth that one doesn’t usually associate with timepieces, between the rings emphasising the face of the crystal, and the actual watch face beyond the ‘glow’ feature, with its blue-coloured light which increases the feeling of depth.”

The Newark Tribute watch measures 40 millimetres in diameter and is available in two new variations. One features a black case, a black lens and a black leather band. The second version is all-grey, including the case, lens and silicone band. 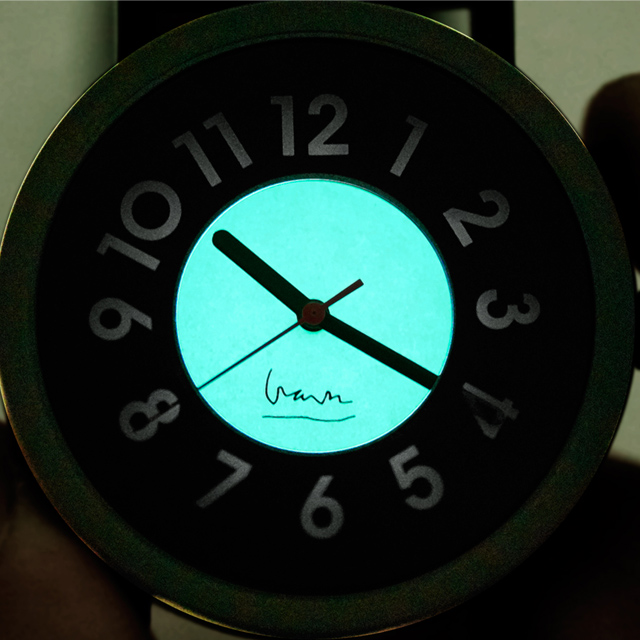 Both versions of the watch feature a glow-function button at the two o’clock position. When pressed, the centre of the watch is illuminated by a warm blue light.

The watches will be produced as a limited edition of 150 pieces each, all of which will be numbered. Numbers one to 10 have already been purchased by Graves’ team and family, and 10 more of each will be available at Dezeen Watch Store.