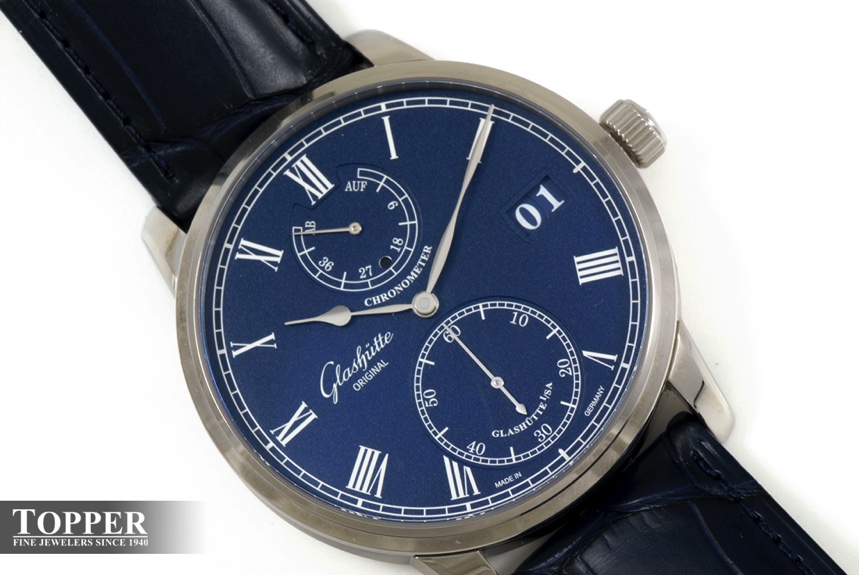 Before discussing the piece itself and how it integrates some of the design elements of the 2013 model, let’s revisit how “Chronometer” means something different on a German watch than on a Swiss watch. German chronometer watches adhere to the testing standards of the German Calibration Service known as DKD, the national accreditation body of Germany, an organization similar to the more well-known Swiss COSC. The requirements to pass the German test are very similar to the COSC with one important difference in that testing is performed on fully cased timepieces. In contrast, the COSC typically tests the movements before they are assembled in a case, using a temporary dial and the second hand attached.

What I’ve found most striking about the Glashütte Original Senator Chronometer models is the texture and finish of the dial. While Glashütte Original is mostly known for the manufacture of their own calibres, the full capabilities of their dial making facility in Pforzheim, Germany, are on display with this piece. To create the Glashütte Original Senator Chronometer dials, the brand uses a vintage technique called l’argenture grainée. At Baselworld this year, Glashütte Original CEO Yann Gamard described the dial process as requiring 70 steps! An arduous task for the craftsman, as imperfections caused at the beginning of the process are often only revealed upon nearing the completion of the dial. The highlights of the process are that the surface of the brass dial is media blasted with a mixture of water, chalk, and wood. Then a powder and water paste is applied by hand to the blasted surface to produce the attractive and unique varnish blue-grainé dial.

Though a relatively minor touch, one additional aspect of dial manufacturing I really appreciate from Glashütte Original is the way the date wheels are made specifically for this watch. Rather than applying a white date wheel, or even a stock blue color that generally complements the dial, the blue is made to perfectly match the dial and is distinct from their other blue grand dates, such as the Senator Sixties Panorama Date or Senator Seventies Panorama Date.

Aside from having passed the the official German calibration tests, the watch has several impressive mechanical complications. First, it feels great to set. When you pull the crown out, the time “zeros out.” The minute hand moves in exact minute intervals to provide precise synchronization with the seconds. It also features a grand date complication (panorama date), day/night indicator, and power reserve indicator.

The watch shares the same case as the Glashütte Original Senator Chronometer Regulator, which is a slightly thinner case with shorter lugs than the original Chronometer case. Another similarity to the Regulator is the shape of the alligator strap. The strap does not “hug” the case, and does not extend past the spring bar. The original’s high polish sides have also given way to a completely brushed finish. How does it wear? At 42mm, it is certainly on the larger side of dress watches. Given the lack of bezel and relatively large dial, it wears slightly larger than a typical 42mm watch. The color and size also work to give the piece a sporty appearance.

The Glashütte Original Senator Chronometer with blue dial seems to have a much more youthful appeal than the more serious and traditional tones of the original Chronometer model. Where the other Senator Chronometer models have come in a choice of gold tones, this model is available exclusively in white gold. The beauty of white gold is that its color neutrality makes it work with any attire. Secondarily, the white gold is more understated than colored golds, and though still precious to the owner, its color gives the piece the outward appearance of being steel.

The Glashütte Original Senator Chronometer blue is a great “stealth luxury” piece with first rate case material, finishing, movement beauty, and complications. However, what will jump out to anyone who looks at this watch is the beauty of that blue dial. 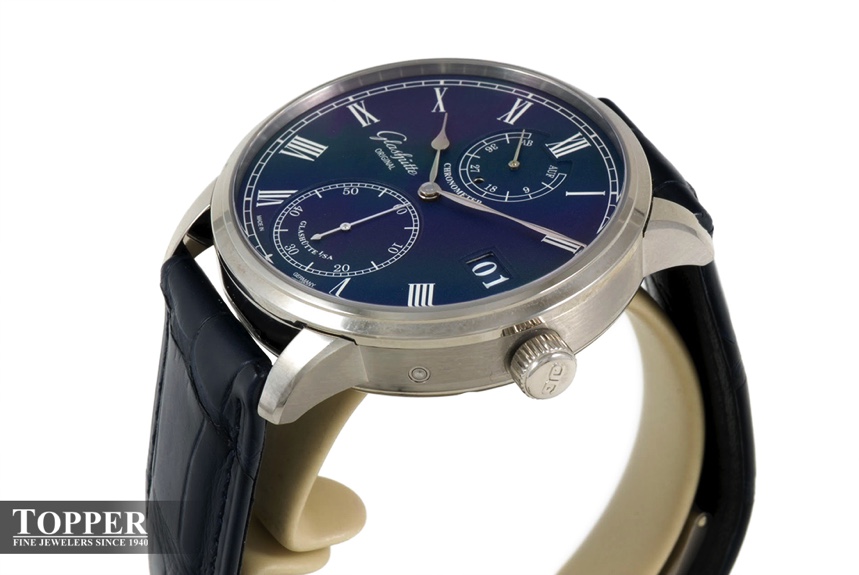 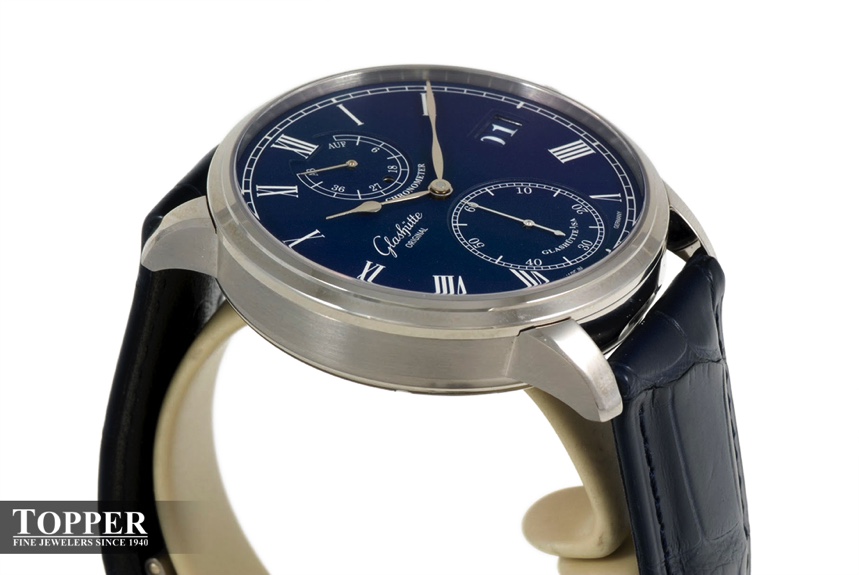 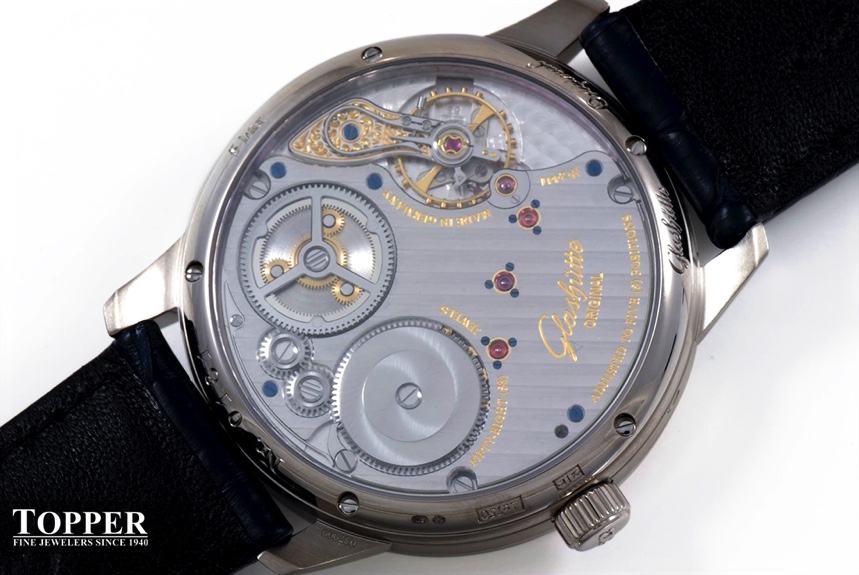 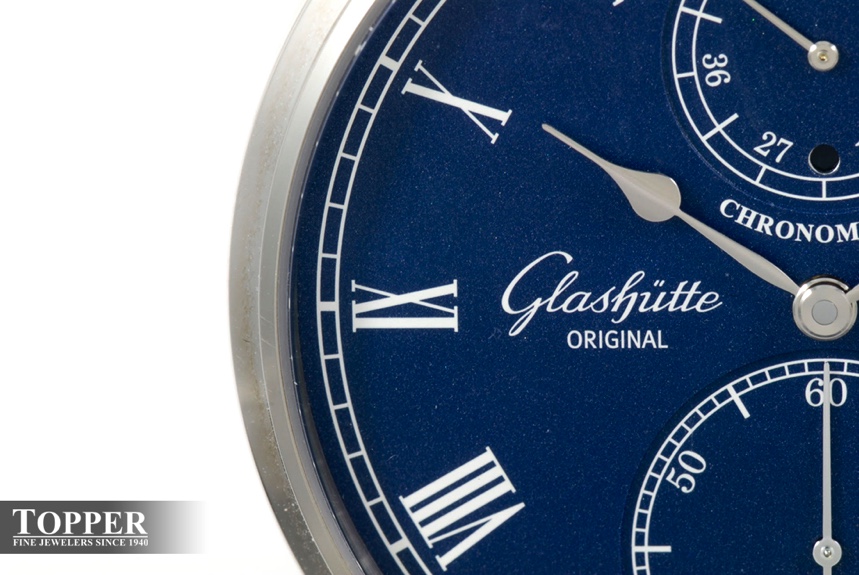 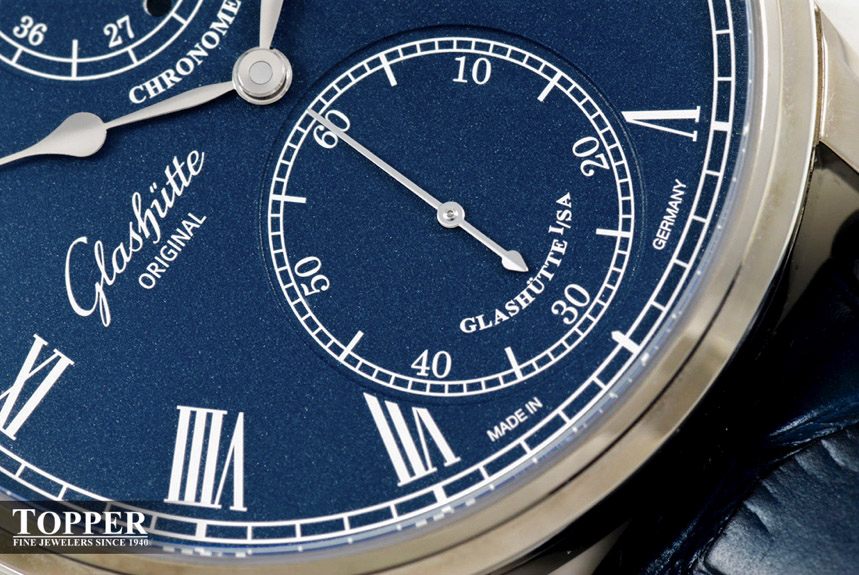 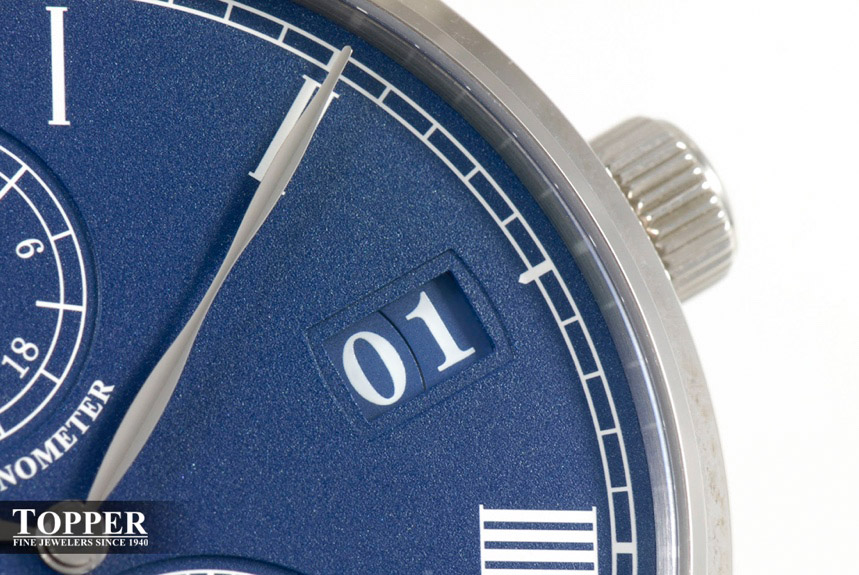 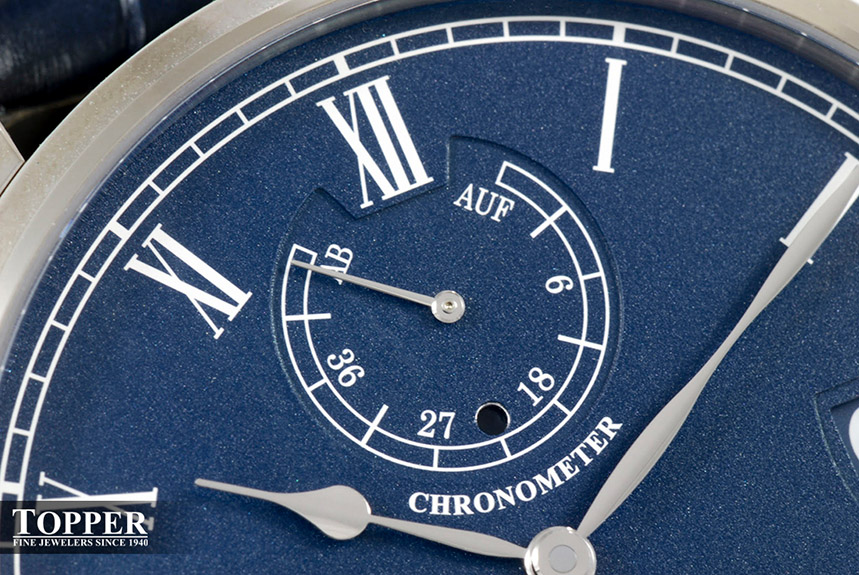 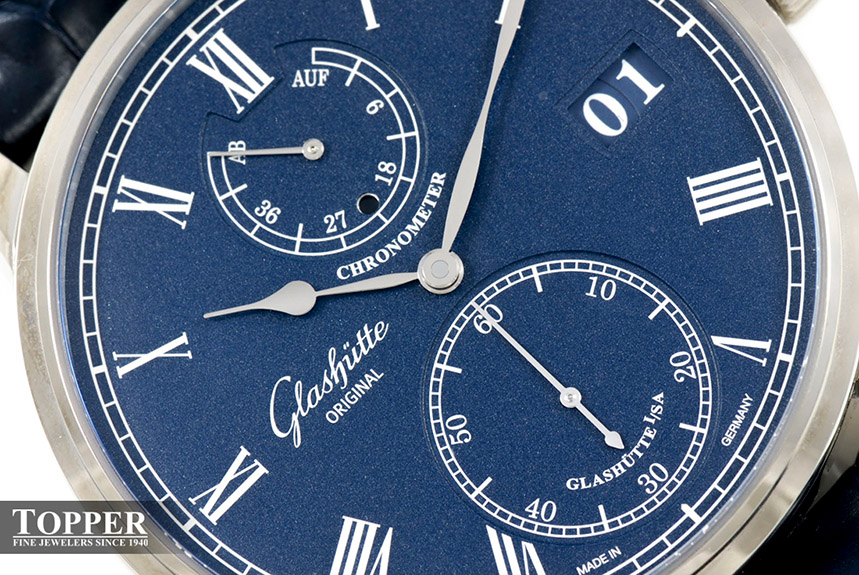 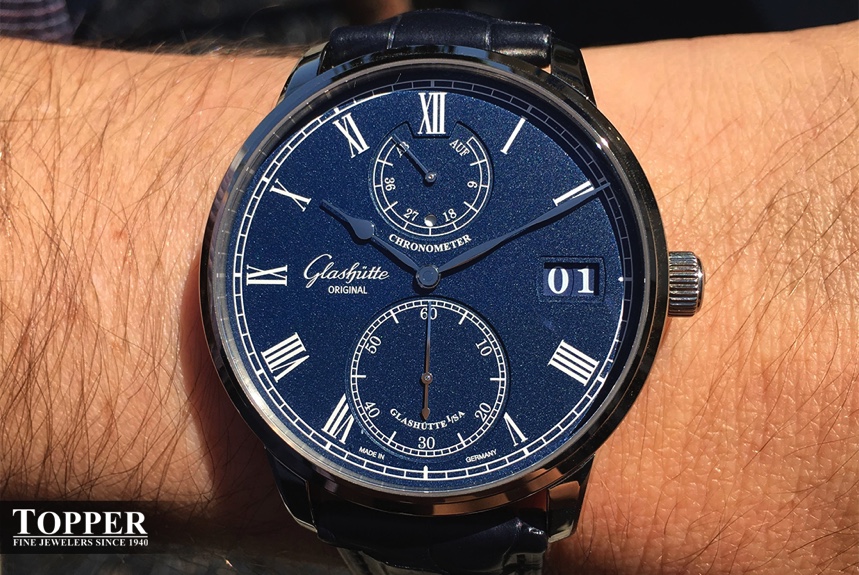